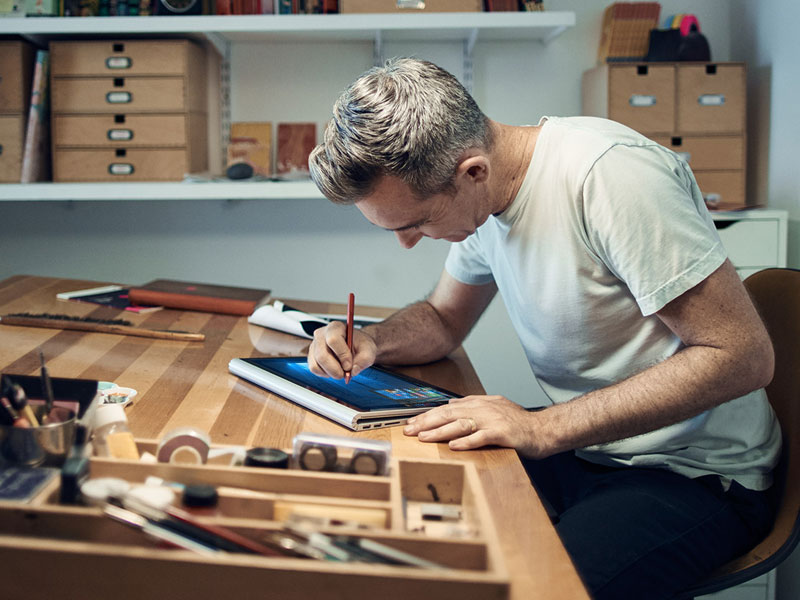 Almost a month to the day after Apple announced a host of product upgrades, Microsoft has matched the manufacturer item-for-item, including the new Windows 10 laptop, Surface Book – a bigger sibling to the company’s popular Surface tablets.

• iPhone 6s: finally a reason to switch to Apple
• These new phones transform … into computers!
• The device that will supercharge your internet

Much talk is devoted these days to chimera devices that are killing off their ancestors: a laptop so small, it’s almost a tablet, or a smartphone so large, it’s almost a tablet. The New Daily recently covered the topic when discussing Apple’s new iPad Pro and the death knell it tolls for the laptop.

The Surface Book, however, tells a different story. This hybrid is probably the most exciting device to feature the computing power of a high-end laptop and the flexibility – literally – of a tablet. It’s like Microsoft has dabbled in the dark arts to create a glorious Frankenstein’s beast of portable computing.

Across a variety of recently announced devices, a number of manufacturers are touting the term ‘desktop-class performance’. With a powerful i5 or i7 processor (3+ GHz) and 8 to 16Gig of RAM, the Surface Book offers just that.

For anyone who has suffered humiliation (and first-world problem) at the hands of a recalcitrant tablet case and keyboard that collapses without provocation, or a powerful yet awkwardly large laptop that will never rest easily on a café table, the Surface Book is your Holy Grail solution.

The new laptop’s keyboard is also nothing to laugh at: Microsoft hasn’t simply designed a high-powered tablet and slapped a keyboard on to offer a laptop experience. This puppy sports a full-size Chiclet keyboard and trackpad that can be detached completely or reversed to allow clipboard-style use.

The entire laptop is encased in a sturdy magnesium body, further distancing itself from the tablet-plus-plastic-detachable-keyboard experience we’ve been forced to adopt with other manufacturers.

Basically, the Surface Book gets top marks for design and form, and bonus points for being powerful enough to be infinitely more practical than your average tablet.

A worthy foe to even the mighty Apple

You may be wondering if the Surface Book will give would-be buyers of Apple’s new iPad Pro or even Microsoft’s simultaneously announced Surface Pro 4 tablet pause for thought? Hell, yes, it will. This laptop out-specs both devices, and then some.

Taking aim at the upper league of laptops – like the MacBook Pro, Dell XPS 13 or Lenovo ThinkPad T450s Ultrabook – this new laptop will appeal to users looking for power, versatility and flexibility, all in a lightweight design.

Included in the cost of the device is the new Surface Pen; a stylus designed to leverage the display’s precision touch technology. Microsoft claims the pen’s sensitivity runs to 1024 degrees. Shots fired at the iPad Pro’s “pencil”.

Combined with the Surface Book’s graphics processing capability, designers and illustrators alike should feel that ‘desktop-class’ experience from their professional software of choice on this very portable device.

However, you may want to hold onto your existing $500 laptop if you can’t produce the green for this beauty. The price point alone places it out of reach of all but power users, hence the comparisons to the Big A’s MacBook Pro.

The features in a nutshell

For a little extra you can upgrade your processor, SSD and RAM, and add an NVIDIA GeForce graphics processor for more powerful graphics. If you’re running video editing software, you won’t regret springing for this last upgrade.

Pre-orders are now open and full purchase is available from November 12.

Microsoft throws down the gauntlet to Apple