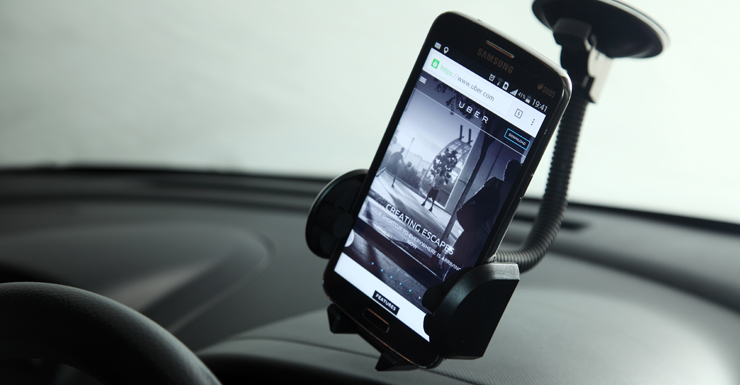 Even a taxi stalwart like myself can no longer pretend that UberX can or should be stopped.

The Luddite taxi industry and archaic state governments need to get with the program, for resistance is futile. And thuggery from taxi drivers will only make it worse.

It took me a while to come round to this point of view. In May, I listed all the reasons why the ride sharing service should be avoided “for now”.

• Sorry cabbies, it’s your own fault: expert, punters
• Uber’s bait and switch: passengers taken for a ride
• Uber will soon be legal in this Australian city
• Your Uber driver could be fined thousands

Ever since Uber debuted in Australia in 2012, I stubbornly refused to use it personally, only catching Ubers called by friends. Instead, I hailed registered cabs via the Aussie versions of Uber: GoCatch and Ingogo.

It’s now time to admit the app is a force for good, at least for consumers.

A recent CHOICE investigation revealed that UberX is definitely cheaper. It came to this conclusion by taking 56 trips across Sydney, half Uber and half taxi, along the same routes and at the same times.

Taxis were 40 per cent more expensive on average, CHOICE reported.

The only times UberX was more expensive was during surge price — a problem I noted in my original piece. This is when the app responds to high demand by increasing prices above the norm.

Nine times out of ten, this was not a factor, the survey found. But CHOICE admitted that rare occasions of huge demand, such as New Year’s Eve, could result in massive price hikes not captured by the September survey.

Price shouldn’t be a consumer’s only concern. Quality is relevant, too. But we can’t be blamed for choosing the cheaper option. That’s capitalism.

To test quality, I started using UberX more often, first at the prompting of friends, then voluntarily. Granted, some drivers didn’t know their way around Melbourne as well as the regulated drivers. But that’s what a GPS is for.

Apart from that, the cars are nicer and newer, and the fares much cheaper. Best of all, you don’t have to endure a 20 minute conversation about the evils of Uber.

Some of my initial concerns about the app are still valid. For example, does Uber pay tax? Are passengers less safe because Uber cars contain no video cameras? And if traditional taxis disappear, who will cater for wheelchair-bound passengers?

But these should be viewed as problems to solve, not excuses to punch at the wind.

Speaking of punches, I should mention the recent attacks on Uber drivers, allegedly perpetrated by taxi drivers.

Yes, taxi drivers, I get your frustration. The state and territory governments should take heed of this desperation, and make it easier for the industry to compete — by following the ACT’s example and lowering licence fees. The answer is to legislate and regulate, not demonise.

But to fight the march of progress with violence and street protests that only further alienate the customer base is as futile as it is stupid.

Australia has a new prime minister who is keen to promote technology and innovation. The writing is on the wall for the old way of doing things. And so I must admit I was wrong.

The taxi industry can win me back by competing on price and quality. After all, that’s how Uber got me. Why I changed my mind about Uber