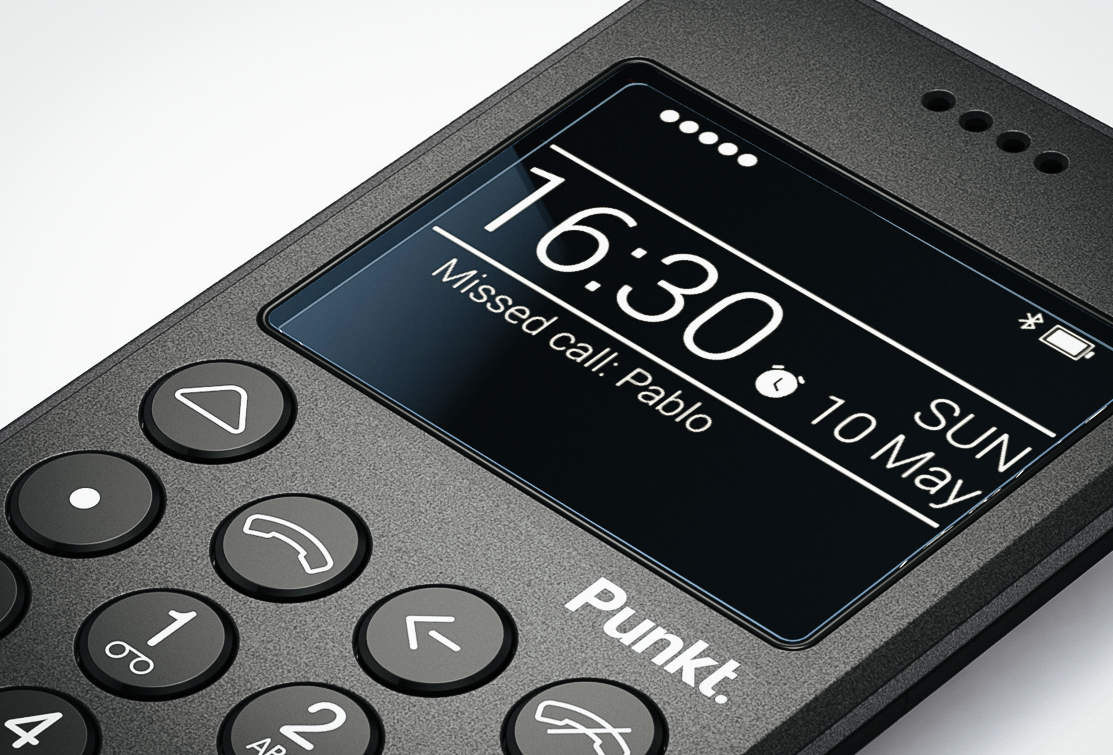 A Swiss electronics company is soon to release a very basic phone that might just help you reclaim a little quietude from the constant intrusions of technology.

The Punkt MP01 does very, very little. It has no internet connection, no app store and definitely no camera for taking selfies.

It’s a “niche” product for those who want a decluttered life.

• Selfies, smashed avo push Instagram to milestone
• The smartphone rip-off is over — except for iPhones
• A new smartphone is coming … with buttons!
• How to protect yourself from cyber criminals

“We are quite realistic: we are not out to replace the iPhone,” Punkt artistic director Jasper Morrison told The Guardian.

“But as smartphones get bigger and bulkier, there is a place for something small and simplified, without all the functions.”

Its specs read like the contents of a 1990s briefcase: a phone line, alarm clock, contacts book, calendar and a notepad. The only futuristic addition: text messages.

Punkt’s banishment of the selfie is well-timed. Last month, it was estimated, based on media reports and scientific data, that smartphone self-portraits were deadlier than sharks in 2014, Fairfax Media reported.

The Swiss company behind the phone isn’t claiming to be able to save lives, but it does claim to save you hand space.

One of the reasons for the MP01’s creation is that today’s smartphones have become too bulky, its designer said.

“[T]he objects themselves have become so big that they are just not that handy for making calls any more,” Mr Morrison said.

Unlike many modern phones, Punkt claims the phone has a “robust” exterior and “whopping” battery life. (True to its mantra of simplicity, it provides scant details on either).

Tech expert Paul Lin, CEO of leading app agency Buuna, told The New Daily last year there was “absolutely” a market for these kinds of “no frills” phones in Australia.

The one thing that is whopping about the MP01 though is its price. If pre-ordered now, the phone will arrive in Australia by Christmas for about $510 (shipping included).

If you want a simple, durable phone with far more features, try the Moto G. The New Daily recently reviewed the mid-range Motorola and found it to be reliable – and nigh indestructible.

The Punkt sure does look crisp though. And it eradicates the dreaded selfie.

All photos sourced from Punkt. This phone does (almost) nothing. And it’s beautiful