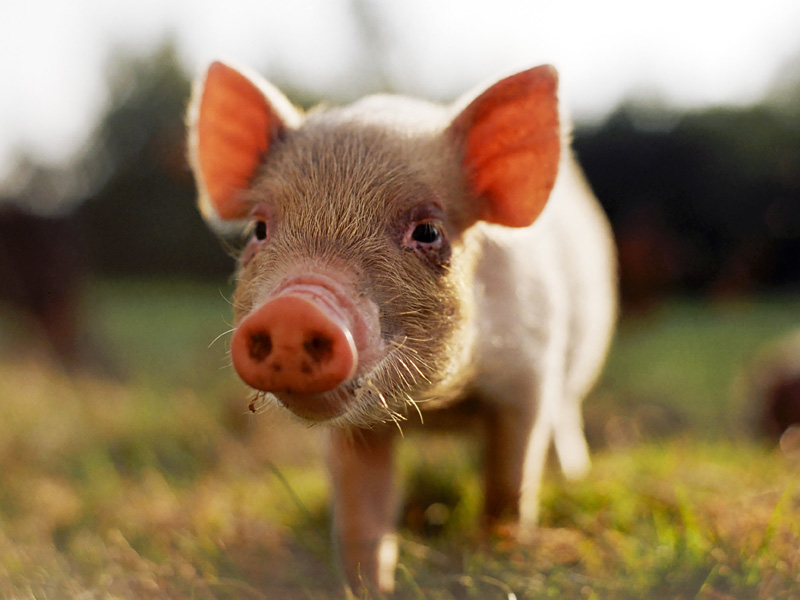 Chinese scientists have genetically engineered tiny pigs that grow no larger than the average Corgi and put them up for sale as pets.

Researchers at the Beijing Genomics Institute (BGI) tinkered with a small pig breed, which is already half normal size, to unleash the ‘micropig’, science journal Nature reported.

Demand for the tiny porkers will be huge, if the first public outing of the pigs at a recent event in Shenzhen was any indication.

“We had a bigger crowd than anyone,” geneticist Lars Bolund, who helped with the project, told Nature.

“People were attached to them. Everyone wanted to hold them.”

The miniature swine, which weighs approximately 15kg, were originally developed for research purposes, but will be sold as pets to raise money for BGI’s other projects.

Smaller pigs are useful to researchers, as they are cheaper to feed and house in the lab.

The sale price of the puny porcines was reported as approximately $A2200, although there was no word on whether the pets would be exported to Australia and other nations.

International exports would be sure to spark controversy.

To reduce their size, the scientists removed the ability of the pig foetuses to release growth hormones. Not everyone was happy with the method.

A spokeswoman for the RSPCA called it “completely unacceptable” to force such rapid change on an animal.

“In the past, pets have been bred by selecting animals, generation by generation, to produce a desired trait,” Dr Penny Hawkins told The Guardian.

“Inducing a massive change in one go risks creating animals that suffer all sorts of horrific impairments.”

Some scientists were worried that disabling growth hormones could have medical side effects, and that creating cute, cuddly animals could distract from more important genetic research.

A pig adoption company has described pigs as good pets, but warned they can’t fetch and take their “sweet time” if you try to walk them on a leash.

Speaking specifically about the potbellied pig breed, the Pig Placement Network website said these animals “make good companies, but only for the right caregiver”.

The creatures can be stubborn, suspicious and cautious, the website said. They also apparently get easily bored, so carrying them in handbags or keeping them in tiny apartments could be a problem.

“Pigs can become easily bored, grumpy, depressed, sedentary and even destructive and aggressive, if not given adequate attention by a loving caregiver.”

But the website also had plenty of glowing descriptions, too, including that they are intelligent, inexpensive, clean, quiet and bond easily with their owners.

How the scientists did it

The Chinese researchers used the TALEN method to ‘knock out’ or disable the gene responsible for triggering the release of growth hormones in the already small Bama pig breed.

TALEN, which stands for Transcription Activator-Like Effector Nucleases, uses modified bacteria to target specific strands of DNA to either delete or replace genes.

This technique is similar to CRISPR, on which The New Daily reported earlier this year.