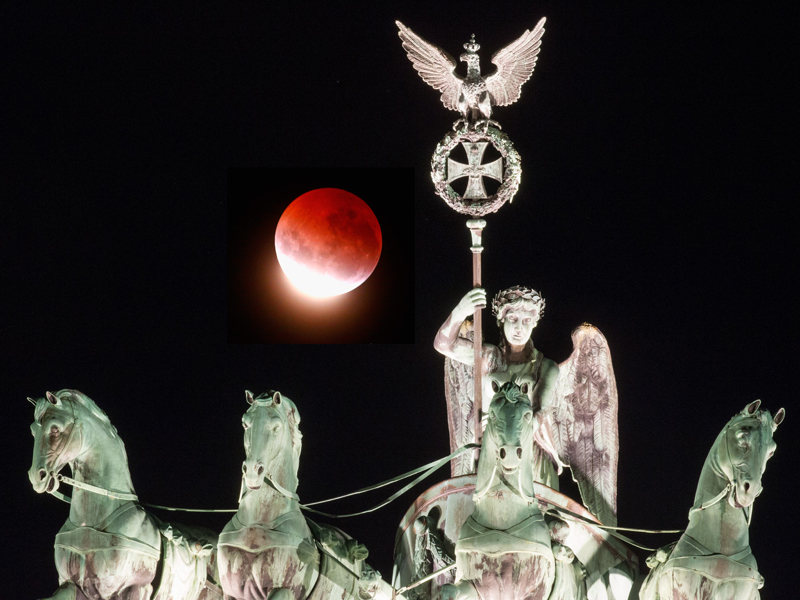 Thankfully, and unsurprisingly, they were proved wrong.

Last week astronomers and enthusiasts alike were treated to a rare lunar event known as a “blood moon”.

The blood moon occurs when the moon’s orbit passes it directly through the Earth’s shadow caused by the Sun. In this region, light that passes through the atmosphere of the Earth is filtered and refracted away but red light is less sensitive to this filtering and is therefore able to illuminate the moon during these events.

Some people were also concerned that the blood moon heralded the end of days but The New Daily is happy to report that the apocalypse is not upon us currently.

In a joint European-US mission announced this week, scientists will attempt to deflect an asteroid in the hopes of staving off the same type of event that wiped out the dinosaurs.

The mission will involve two spacecraft, one of which will observe while the other will crash into an asteroid known as ‘Diddymoon’.

While Diddymoon is only 160 meters wide, not quite large enough for an extinction class event, it is hoped the data gained will help scientists determine the practicality of deflecting larger asteroids.

This mission is set to get underway in October 2020.

A recent discovery in Australia’s Mt Etna has unearthed a fossil belonging to an ancient lizard.

The fossil has been dated at 50,000 years, which is around the same time humans began inhabiting the Australian continent.

The fragment in question, called an osteoderm, is a common bone found in lizards that sits just under hardened scales. It serves the purposes of providing extra protection for the reptilian predator.

Unfortunately, the fragment is only one centimetre across, which has limited information on the exact species it belonged to.

This hasn’t stopped speculation however, with one researcher suggesting the fragment may have belonged to the Megalania monitor, a six metre, 500kg, monster reptilian.

Scientists grow kidneys in the lab

In a breakthrough for stem cell research, Japanese scientists have grown human kidney tissue in the lab that exhibited normal signs of function when implanted into pigs and mice.

The research aims to find new treatments for people who have suffered kidney damage. The human kidney is a complex organ and isn’t easily repaired once damaged, something this research may help fix in the near future.

The scientists involved were also able to solve an ongoing problem with kidney transplants called hydronephrosis where the kidney becomes swollen due to ineffective urine drainage.

This problem was overcome by the novel solution of implanting an additional bladder in the test subject which drained directly from the regenerated kidney before transferring the fluid into the regular host bladder.

A new study has this week shown that a lack in certain gut bacteria types in the first four months of a child’s life may help to stave of the risk of asthma.

The microbes in question — Veillonella, Lachnospira, Rothia and Faecalibacterium — were less likely to be present in children with a high risk of developing asthma than children with a low risk.

Also the research could one day create a preventative treatment for the condition by inoculating children who lack in the important bacteria. However, scientists have warned that research to gut microbes remains in its infancy and the effects of any bacterial inoculation need to be properly investigated before clinical trials can begin.

How we survived the ‘end of the world’