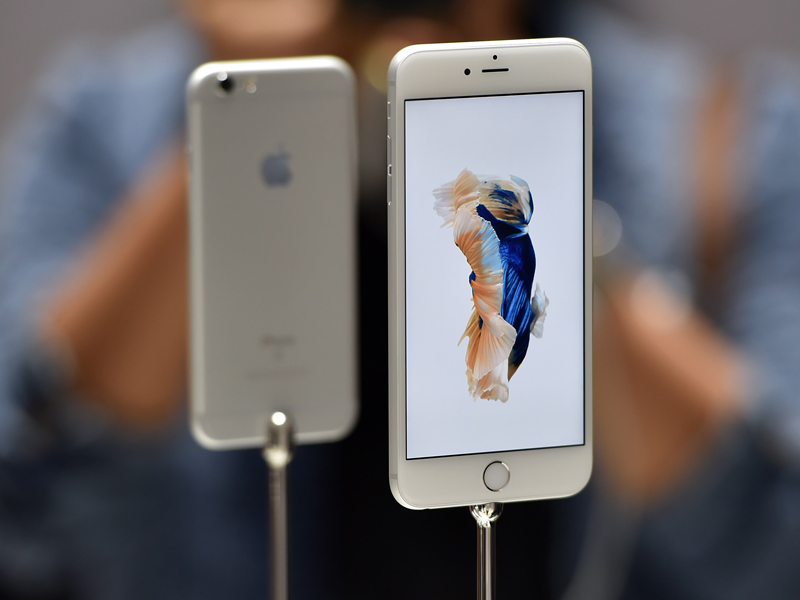 With an innovative new processor, improved camera and 3D Touch features, Apple has finally given the world a smartphone worthy of breaking any loyalty you may have to another company.

It’s no big secret that for many years the iPhone has lagged behind its competitors, especially when it comes to camera specs.

• Why you should upgrade your Mac to El Capitan
• Tired of Netflix? Here’s some great free TV
• Apple TV: all your entertainment belongs to us At last, the company has turned to innovation, rather than imitation, to create a mobile handset that in some ways is without peer.

Until a competitor releases its next premium model, which may only take a few months (*cough-Nexus 6P-cough*), the new iPhones come close to setting a gold standard for premium smartphones.

From the aerospace-grade aluminium casing and high-performance A9 processor, to the upgraded iSight camera and 3D Touch; the iPhone 6s and 6s Plus are the biggest improvements Apple has made to the iPhone since introducing an annual upgrade cycle.

Android users who like to heavily customise their OS will still feel the restriction of Apple’s sandbox control of apps and iOS (‘If you want to play with our toys, you play with them our way’), however, these new features should offer compensation for any loss of flexibility.

If you’ve been waiting for an appropriate time to switch to the iPhone, that time is now.

The power of touch 3D Touch is the most intuitive feature ever created for iPhone. Period.

The new technology – introduced with the Apple Watch as Force Touch – senses the pressure used when pressing the screen, adding ‘peek’ (light press) and ‘pop’ (deep press) to the abilities of tap, swipe and pinch.

Peeks and pops allow swift access and navigation to content or actions, like text messages, emails or camera functions, without actually requiring the necessary app to open. It’s similar to the Quick Look feature in Mac OS X (highlight a file in Finder and press the spacebar).

A light press on a date in a text message will give you a peek into your calendar for that day. No switching between apps.

Likewise, you can peek at new emails quickly without opening them, as well as photos, map links, and more.

Apps on your home screen now display app function shortcuts with a light press, thanks to 3D Touch. It’s heaven.

The whole experience feels natural and extremely intuitive, aside from an initial adjustment period. iPhone will never be the same again, nor will your expectations of your user experience. At last, the iPhone now has a camera worthy of serious consideration, thanks in part to an increase in pixel count, but mainly the upgrade to the camera sensor technology. The resulting images are richer in colour with greater tonal range (the amount of detail in light and shadow) and sharpness.

If you’re upgrading from an iPhone 5 or earlier model, you’ll see a noticeable improvement in noise reduction (the graininess in dark areas or low-light photos) and richness in colour.

If you’re upgrading from an iPhone 6, you may not notice a huge difference, at least not on the small screen. But if you like dragging your photos onto your desktop to manipulate in other software, zooming in will present the improvements mentioned above.

Nowhere is the upgraded camera more effective than on the iPhone 6s Plus. This bad boy can really crank out some impressive photos and video, thanks to its optical image stabilisation (the 6s is digitally stabilised).

With the upgraded camera also comes the addition of 4K video capture. Sure, it’s nothing new in the smartphone world, but added software features make this a definite improvement. Whether you have a 4K screen on which to view your video is another matter.

Of note is the improved camera shake reduction, which is especially effective when shooting Time Lapse video capture. Give it a shot and you won’t be disappointed.

The upgrade to 4K effectively means you can now shoot cinema-quality video on your 6s or 6s Plus. Cue: a plethora of cult indie films shot on iPhone. Apple has truly parted the red sea with the new A9 processor in the iPhone 6s and iPhone 6s Plus. Combined now with the M9 motion co-processor (previously two separate chips), the efficiency of this single chipset has been greatly improved, resulting in an increase to computing power at a fraction of the cost on resources.

By comparison, the Samsung Galaxy S6 processor (an eight-core Exynos chip) performs only fractionally better, despite possessing four times as many cores as the duo-core A9.

But the two single biggest reasons to consider a change to iPhone are 3D Touch and the smartphone’s upgraded 12-megapixel camera.

iPhone 6s: finally a reason to switch to Apple