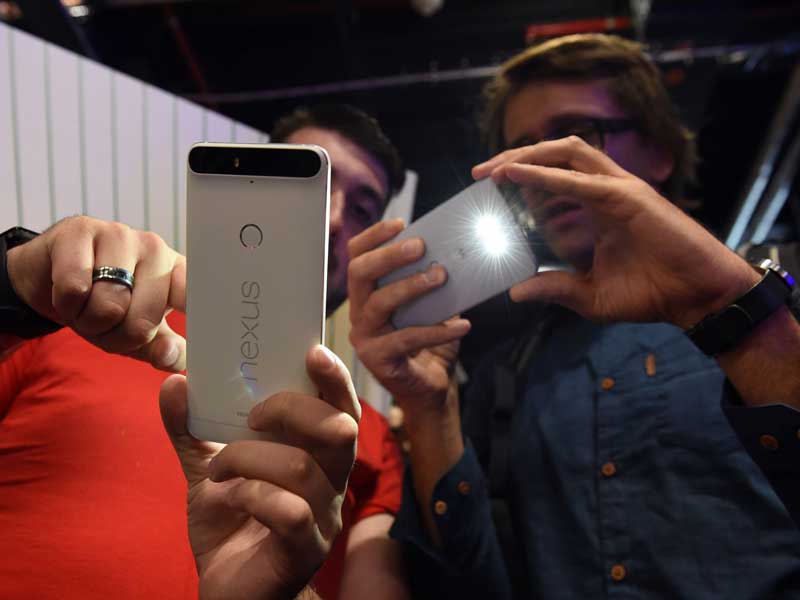 Google has raised the stakes in the war for smartphone superiority, unveiling the Nexus 5X and Nexus 6P devices on Wednesday morning (AEST).

Lighter and cheaper than comparable versions from Apple, it is now available for pre-order in the US, UK, Japan and Ireland, with an Australian release expected later this year.

It followed a stellar opening weekend for the latest iPhone offering, which sold 13 million devices in the first weekend of sales – up 3 million on last year’s release.

Despite complaints on the lack of expandable memory and a bulging camera design, initial feedback has been positive.

“From a pure specs perspective and having the previous Nexus devices, I think it is very promising,” TechRadar Australia‘s Nick Broughall told The New Daily.

“For people who are looking for a pure android experience and want to get the latest version of the software updates constantly, it is definitely worth checking out.”

Both the 5X and 6P will run the new Android 6.0 Marshmallow operating system.

A developer with Google’s Android team described the new models as the “embodiment of the perfect Android device”.

“Marshmallow is our most polished version of Android to date,” Andrei Popescu said, according to The Guardian.

Fingerprint recognition, a boost to the camera and extended battery life are among some of the most attractive additions.

The pros and cons

With a 5.2 inch “palm friendly” screen and weight of 136g, the 5X is sure to be a winner with consumers who prefer to multi-task when using their smartphone, unlike the larger 6P ‘phablet’ which needs both hands for comfortable operation.

The 5.7 inch screen is a drop on the huge six inch screen on the Nexus 6, and weighs in six grams lighter at 178g. “The 5X has also got a big camera boost over the 5, both in the front-facing camera and the rear-camera… and it is also going to be [carrier] unlocked,” Mr Broughall said.

The features include an improved battery life with a ‘doze’ feature putting open applications into standby mode when not in use, while a fingerprint scanner – dubbed Nexus Imprint – will work in tandem with Google software for contactless payments.

“There is no expandable memory, which for an Android device is pretty harsh, pretty disappointing,” Mr Broughall said.

“You can do more from a manufacturing standpoint if you control the entire device [including the memory size] and don’t let people get into it to play around with it, but the other thing is Google has a big focus on its cloud platforms.”

A protruding camera and change to the connector cable would be annoying, but not a “deal breaker”, offering faster transfer speeds.

“I think it is definitely going to be a trend we see a lot more of across all manufacturers,” Mr Broughall said.

‘Significantly cheaper’ than their major competitor

Although official Australian pricing and availability was yet to be announced, early indications were that it was unlikely to be comparable to the US price tag.

“What we did notice was it was a pretty significant jump over the US price,” Mr Broughall said.

“But the dollar is not in a good place at the moment and you have to remember the US price does not include sales tax and the Australian price does.

“But when you compare it to what Apple is offering with the iPhone 6s and 6s Plus, it is still significantly cheaper.”

The Nexus 5X and 6P are expected to be released in Australia later in the year. Google’s answer to the iPhone 6s