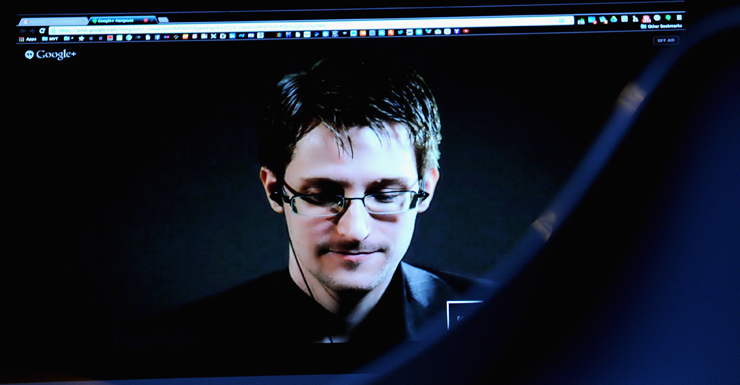 Edward Snowden has come in from the cold — on Twitter.

Snowden, a former National Security Agency contractor who leaked details about the US government’s massive surveillance programs, started a Twitter account on Tuesday from exile in Russia with a simple handle: @snowden. He pulled more than 171,000 followers in about an hour but was following only one other Twitter account: his former employer, the NSA.

Snowden’s initial tweet was “Can you hear me now?”

The message, a take-off on a cell phone provider television commercial, was retweeted 25,000 times in an hour.

In his Twitter profile, Snowden described himself by saying, “I used to work for the government. Now I work for the public.”

He had a brief exchange of tweets with prominent astrophysicist Neil deGrasse Tyson about the discovery of water on Mars and joked that his work for the Freedom of the Press Foundation keeps him busy, “but I still find time for cat pictures”.

Supporters see Snowden as a whistleblower who boldly exposed government excess but the US government wants to try him for leaking intelligence information.

Snowden left the United States in May 2013 and has been living in Russia since June of that year.