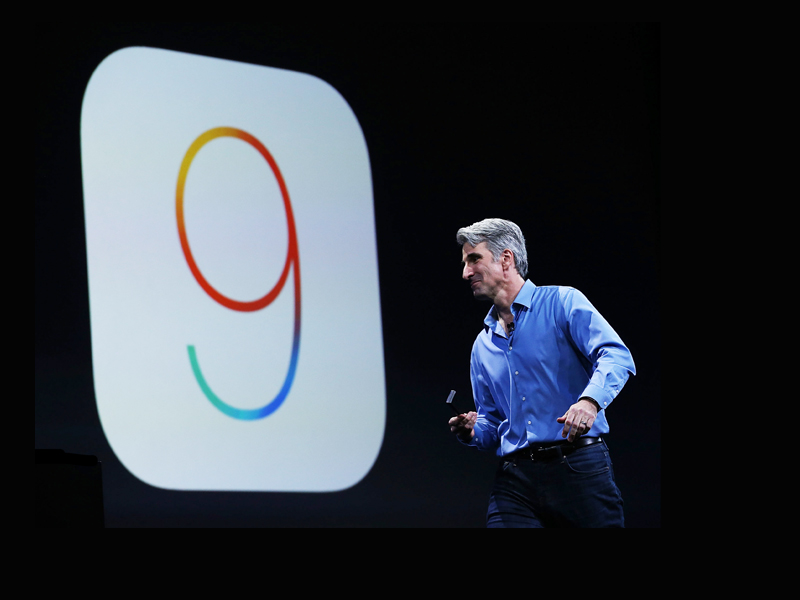 Thousands of Australian iPhone owners have been given access to Apple’s latest software upgrade, with some caution advised.

Downloads of iOS 9 began on Wednesday, but many users encountered an error message preventing installation – probably the result of huge demand.

This should not discourage you from updating straight away, an expert advised. Just plan ahead to avert the loss of valuable data in the unlikely event something does go wrong.

“Make sure you back up before upgrading,” tech writer Mark Gambino told The New Daily.

“While iOS 9 is being touted as the most stable iOS released to date, there will always be the inevitable bug to squash.”

That said, Mr Gambino was able to update both his iPhone and iPad “without a hitch”, which he said was a “unique” experience.

Don’t expect flashy updates this time around. It’s a quiet year for Apple, with the company focussing on tweaks, not revolution.

“This is not a major upgrade for iOS. Like many previous updates, the changes ‘under the hood’ comprise a large portion of iOS 9, but the look and feel remains largely the same,” Mr Gambino said.

Aside from any minor precautions, the new operating system looks like it has some handy improvements.

Luckily, this year’s upgrade is a quarter the size of the last, so you should not need to delete too much from your phone’s internal memory.

Anyone with an iPhone 4S and above is eligible to download the 1.3GB file.

To install, navigate to Settings, click on General and select Software Update.

Be mindful that it could take a while to download on slow connections. Finally, Apple has added a low power mode, which it claimed would add three hours to your device’s daily stamina.

When your battery drops below 20 per cent, this mode conserves power by switching off some of the phone’s worst energy drainers.

Other phone companies have included battery-saver modes for years.

Apple’s voice-activated assistant has been given a big boost in iOS 9.

The updated Siri now has the ability to suggest places, apps and more based on your past history.

It also has deeper search functionality and can give reminders based on time or location without being prompted. The new operating system can guess at the name of callers you have never saved in your phone.

It does this by searching your email history, looking for phone numbers in previous conversations.

If a name matching the mystery number is found, iOS 9 will display it underneath with the word ‘Maybe’.

Apple seems to want its pre-installed Notes app to function as the heart of iOS 9.

It now has the ability to add attachments, sketches, take pictures with the camera, insert photos from your library, insert links to web pages and external apps, write bullet point checklists and more.

With these extra functions, Notes could become the lynchpin of your phone. Or at least, Apple hopes so. The new operating system now has a typing keyboard that switches between upper and lower case.

Ever since the first iPhone, users were able to make their letters big or small, but the keyboard always looked like it was IN CAPITALS, making it difficult to tell if you were typing in caps.

The iOS 9 keyboard now has the ability to visually change – a small but helpful improvement.

Updates for iPad and iPod too

While iOS 9 is bigger news for iPhone users, the update is also downloadable on some Apple tablets and portable music players.

Australians with iPad 2 and above and fifth gen iPods and above are eligible.

Arguably the best feature for iPad users is improved multitasking features like Slide Over, Split View and Picture in Picture.

– with Jackson Stiles and agencies Why you should update to Apple iOS 9