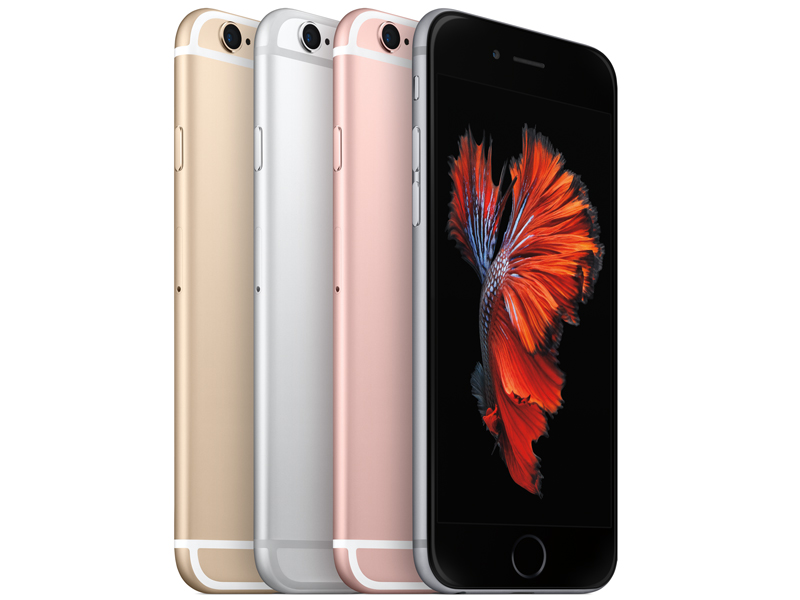 Consumer electronics giant Apple has announced its next and newest smartphone, the iPhone 6s and iPhone 6s Plus, at a live event in San Francisco, along with updates to other products: Apple TV, iPad Pro and its operating systems.

“They look familiar, but we have changed everything about these iPhones,” Mr Cook said.

The design of the new smartphones will remain the same as the iPhone 6 and iPhone 6 Plus, with the majority of the improvements under the hood.

The new camera not only offers improvements to picture quality, noise and panoramas, but also enables users to shoot 4K video.

While the size may not come close to the iPhone’s challengers – like Samsung’s Galaxy S6 16MP camera or the newly announced Sony Xperia Z5’s 23MP camera – factors such as sensor size, lens elements and camera software still play a great role in image quality.

The front-facing FaceTime camera has likewise been increased to 5MP, with the addition of a screen flash, which means better selfies for all. A reimagining of the company’s Force Touch technology introduced with the Apple Watch, 3D Touch reads the amount of pressure with each finger press to give users an increased level of interaction.

Combined with haptic feedback, users can now navigate within or between apps with not only swipes and presses, but also deep presses, peeks and flicks.

This new feature is at the heart of the new iOS, offering an enhanced and simplified experience across social, productivity and gaming apps.

The new iPhones will be available in Australia in rose gold finish, gold, space grey and silver, from 25 September. The updated iPad will perform at roughly twice the speed of it predecessor, or faster than over 80 per cent of portable PCs, as the company claims.

Apple also launched a full-size keyboard cover for the iPad Pro, which utilises a new connector to transmit data and power, as well as a new force-sensitive stylus, the Apple Pencil.

The iPad Pro and associated products will be available in November. Along with general improvements to performance and speed, iOS 9 now includes updated native apps: News, which draws news from world-leading outlets; Notes, now with the ability to add attachments, sketches and checklists; Maps, featuring transit directions in select cities; and CarPlay, with improved integration with your car’s media controls and messaging features.

iPad users will benefit from new multitasking features, like Slide Over, Split View and Picture in Picture, allowing seamless interaction with multiple apps at once. For example, you can browse emails while taking a FaceTime call.

A new Live Photo feature displays a second-and-a-half of video either side of a still photo, literally bringing these frozen moments to life. The long-awaited upgrade to Apple TV yielded an app-centric refresh of the user interface, hardware improvements and Siri integration.

Offering a streamlined approach to modern TV viewing, users can search the catalogues of multiple streaming media services via their Apple TV and select the desired program, all by voice alone.

The system’s new tvOS will bring enhanced third-party apps to Apple TV as well as games and revamped native apps, like Music.

The new Apple TV will be available in late October. The company’s first wearable will receive a software upgrade, including new watch faces and transit directions for maps, which will be available 16 September.

With the new watchOS 2, app developers will also gain access to Apple Watch features, such as the microphone and watch face, to build apps with greater functions.

Customers will also be able to choose from three new finishes — gold and rose gold, anodised aluminium – and a new watchband range of Hermès and numerous autumn-inspired colour tones.

Is the hype dead?

The tech giant seemed to be hoping to make a big splash. It switched venue to the much larger 7000-seat Civic Auditorium, which some interpreted as an attempt to repeat or even exceed last year’s demand.

But investors seemed either bored or worried. In the 30 days before the launch, Apple shares fell (by 6.2 per cent) for the first time before a launch since 2007, USA Today reported.

Despite the new products, Apple shares fell 1.9 per cent after the launch.

Last year, the company sold more than 70 million iPhones in the three months after launch, helping it record the largest ever quarterly profit from a public company of $US11.8 billion ($A17.04 billion).

We’ll see if it can match the hype this time.

Apple has launched a new range of iPhones