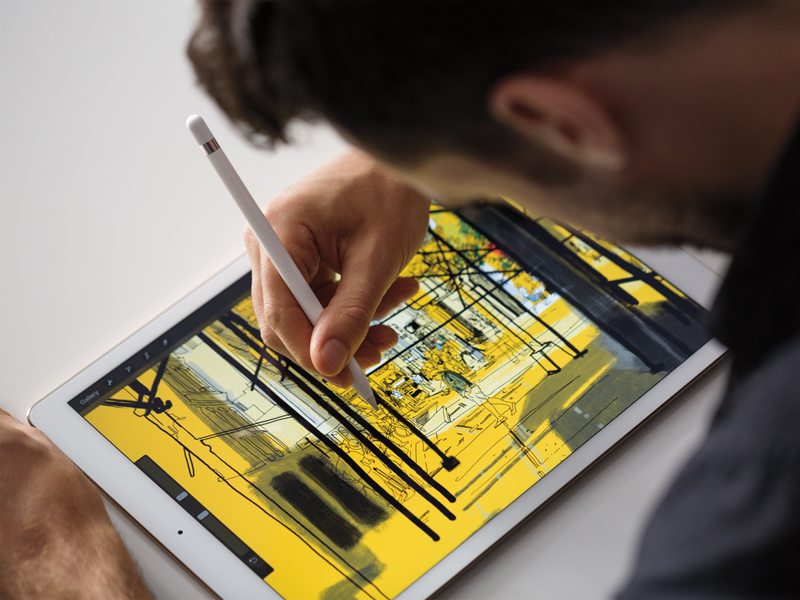 A reluctant Apple has been forced by the sheer weight of consumer demand to sell a laptop-tablet hybrid, sounding the death knell of the PC and perhaps the demise of the laptop.

Early on Thursday morning (AEST), CEO Tim Cook unveiled the giant new iPad Pro, measuring 33cm, with its own detachable keyboard and, shockingly, a stylus (a pen-shaped device to control the screen).

The huge tablet would offer “desktop-class performance” and was “the biggest news in iPad since the iPad”, Mr Cook said – a sign it may be marketed as a computer-killer.

The inclusion of the stylus contradicted Apple’s forefather Steve Jobs, who famously said in 2010 that “if you see a stylus, they blew it”.

Apple relented for a very simple reason – consumers wanted them, a leading tech futurist told The New Daily. They have flocked to its main rival, the Microsoft Surface, and to other two-in-one products.

The trend is clearly away from desktop PCs and laptops towards even greater “portability”. In years to come, souped-up tablets may become even more popular, Mr Miselowski predicted.

“Most are for carrying our tech with us. We want to transport it around, so we’ve gone to laptops. But it seems laptops have become a bit naff as well. Even the laptops now have got these bendable, movable, disposable, pull-apart things that turn them into a tablet.

“We’re going towards portability, absolutely, and this is clear evidence of it.”

The hybrid will operate faster than 80 per cent of portable PCs that shipped in the last 12 months, Apple senior vice-president Phil Schiller claimed on Thursday. It will be available in Australia in November starting at $US799 ($A1137), with a keyboard option at $US169.

In April, a tech consultancy firm predicted rising demand for hybrids, but noted it was being driven by Microsoft, not Apple.

A Telsyte spokesman told Appliance Retailer that its research showed that convertible and hybrid products, such as touch screen laptops and tablets with detachable keyboards, would improve sales this year.

We are. But should we?

Another tech expert told The New Daily she was opposed to the ‘dumbed down’ trend, but acknowledged it was popular.

“I don’t think an iPad should ever be used instead of a computer because I think computers have so much more to offer,” Queensland University of Technology tech researcher Dr Christine Satchell said.

“In a way it dumbs down the interaction. It would be a shame for future generations to move away from full computational systems altogether just by iPad-ing it up, but who knows.

“There are a lot of people who are using their iPads in lieu of a computer anyway, so perhaps this is a really good, smart move.

“I understand why they’d do it, but I lament it in a way.”

Some on social media saw the comic potential of the new, larger iPad.

Can’t wait to get my hands on the new iPad Pro! #iPadPro #iPad #appleevent #applelive #apple Apple unveils a hybrid that Steve Jobs would hate