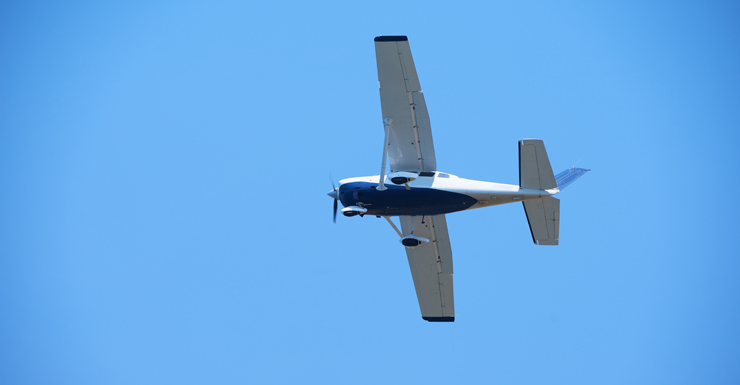 For many iPhones, a fall from a low coffee table can spell the end.

But a Texan man has told of how his iPhone fell from the small aircraft he was flying in over Joplin, Texas and survived unscathed.

When a drop in pressure caused Ben Wilson’s airplane door to open just a few inches, he noticed his newspaper go flying out, but not his iPhone.

Once he landed in Wichita Falls, Texas, Mr Wilson noticed his device was missing and opened his ‘Find My iPhone’ app to track it down.

To his surprise, Mr Wilson’s app told him his phone was 70 miles away in Joplin.

Grabbing a friend for the journey, Mr Wilson followed the map all the way back to Joplin, along the way encountering a donkey who joined in the search for a bit.

Eventually, Mr Wilson and his friend located the iPhone under a tree in a pasture – completely unscathed save for a missing external battery that had been held in his iPhone’s case.

If nothing else, the story is a priceless advertisement for Mophie, the brand of case Mr Wilson’s iPhone was encaged in.

A Mophie case will set you back up to $200 – perhaps for that kind of money you’d expect it to handle an unexpected flight.

How an iPhone survived an airplane fall