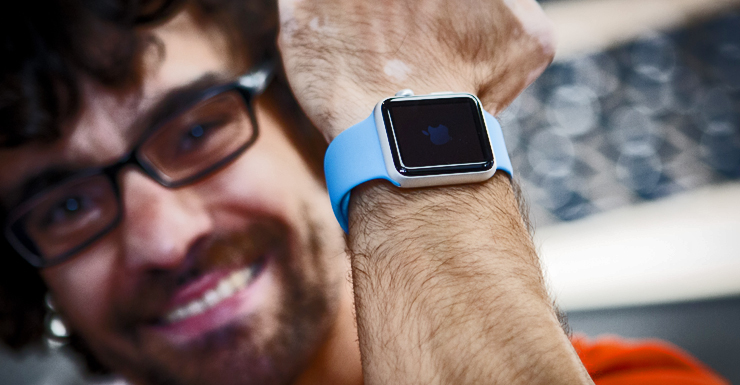 While not yet a hit with consumers, the Apple Watch may now be the dominant smartwatch, a research firm has claimed.

In its first three months, Apple shipped four million watches, giving it a 75 per cent share of the market, Strategy Analytics predicted.

Apple has refused to release official figures, so these forecasts are the closest we can get to the truth.

“Apple Watch has clearly raised the bar for the global smartwatch industry. The ball is now in the court of rivals, like Samsung, to respond,” Strategy Analytics executive director Neil Mawston said in a statement.

Reviews of the watch, including one by The New Daily, have been mixed; iPhone-level hype is absent.

But one research firm, Cantor Fitzgerald, believes the Apple Watch will be a “go-to gift” during the year-end holiday season and become the best-selling new product in the company’s history.

Tech expert Paul Lin told The New Daily that initial reluctance to adopt a new piece of technology is nothing new.

“When it comes to advancing consumer behaviour, it’s safe to say that people are not always sure of what they want, but that resistance to change is only natural,” Empirical Works CEO Mr Lin said.

“I was in the US when the first generation of the iPhone was released [2007] and initial reactions to it were along the lines of, ‘That’s a cool technology gadget, but why do I need to browse the Internet on a tiny little screen when I have a large-screen laptop and a desktop at home?’.

“The reaction to the smartwatch has been similar. Many people have asked ‘Why do I need a smartwatch when I have a phone?’”

Mr Lin said the success of the watch hangs in the balance. The key to recognising its value is to accept it is an addition, not a replacement.

“The smartwatch is not here to replace existing functionality or behavior, but to add value by doing a few of those existing things a bit better – for example, notifications or remote-control of other devices,” he said.

“It’s a step in the right direction because it is pushing the boundary and pursuing new ideas.”

The problems of the Apple Watch may in fact be the same facing all smartwatch makers, another analyst agreed.

Unlike the smartphone, it is not a necessity, said Kantar Worldpanel ComTech analyst Carolina Milanesi.

“It makes your life easier, it might help you with fitness, but it doesn’t serve a basic need of communication, which is what the phone does.”

Here’s why the Apple Watch is ‘not a dud’