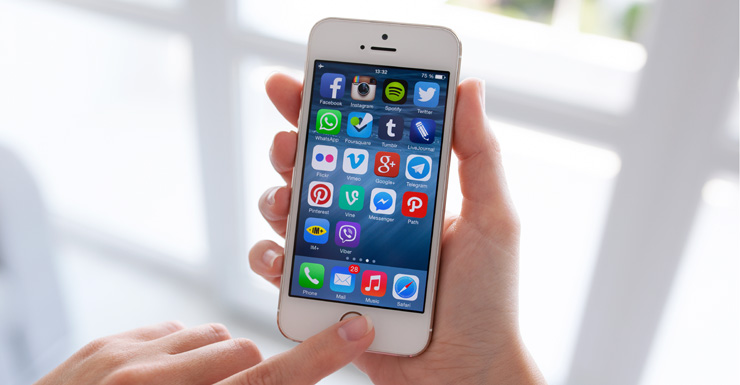 The home button could disappear from future iPhone models as Apple looks to streamline its device even further.

Sources in Taiwan’s integrated circuit industry claimed Apple was developing a new kind of chip for its multitouch displays that “will also come with integrated fingerprint sensors” so it could eliminate the home button, according to a new report by DigiTimes.

• Why Taylor Swift is taking on Apple Music
• Apple is planning to rule the world with iOS 9
• Didn’t buy an Apple Watch? Here’s why you’re a winner

By integrating the fingerprint technology onto the same chip as the iPhone’s multitouch display, Apple could switch to a virtual home button instead — eliminating the need for a border and allowing for a display that takes up the entire front of the iPhone, the report said.

This could enable larger displays or, alternatively, smaller iPhones.

Reports on Monday pegged the earliest launch date for the new look iPhone at 2017.

Apple has been rumoured to be exploring the idea of getting rid of the iPhone’s physical home button since 2011, Business Insider reported.

The iPhone could be about to change forever