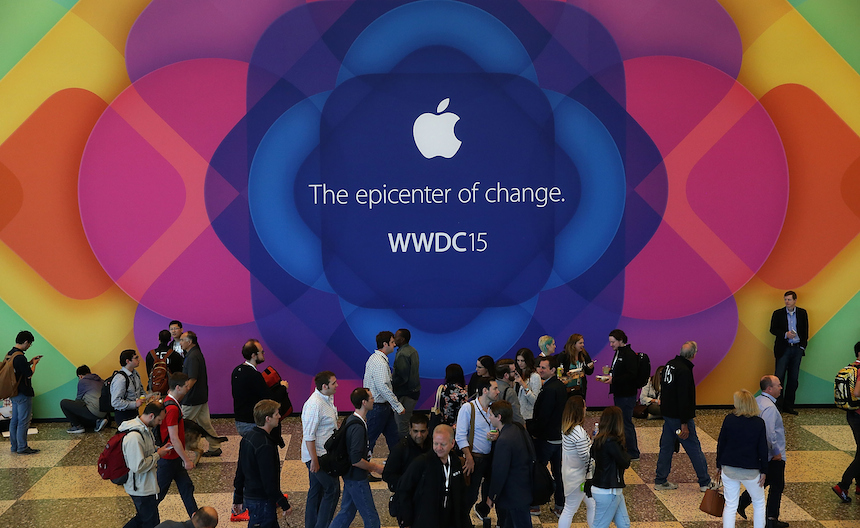 Apple wants to own your life and, right now, it’s the highest bidder.

The tech giant made it clear it wants a monopoly when it unveiled its new operating system iOS 9 in a keynote address at the 2015 Worldwide Developers Conference.

The new system has a range of features that pose direct competition to a number of existing websites, companies and apps.

• What you need to know about Apple Music
• Sorry Apple, but your new watch is a waste of time

Whether it will be better remains to be seen, but thanks to the company’s massive existing customer base, it will certainly be bigger.

Interestingly, Apple has also made a concerted effort to ensure the update will work efficiently on older iPhones (as far back as an iPhone 4S) after previous systems were hit with complaints of sluggishness.

They also introduced an Android app called ‘Move to iOS’ to help people transfer essential features like contacts and calendars from an Android to an Apple operating system.

The message is clear: if you’re not yet an Apple person, you soon will be.

Here’s what you can expect from iOS 9, which will be available to download for free this spring for iPhone 4s and later, iPod touch fifth generation, iPad 2 and later, and iPad mini and later.

Siri just got a whole lot more helpful. She will now anticipate what you want based on the time of day, your location, your phone usage or your calendar.

For example, it will prompt you to leave for an appointment you have in your calendar based on the amount of traffic in the surrounding area.

The feature is a direct response to Android’s celebrated Google Now, which can read the content on your phone screen and search for you.

Apple Pay is a secure mobile payment service allowing you to use Touch ID to access payment methods at the point of sale.

Wallet is the rebranded version of the old Passbook app, but better. The feature allows you to link your credit and debit cards up with Apple Pay, along with store credit cards and loyalty cards.

Just like the original Passbook, the Wallet will also store concert tickets and plane tickets.

Apple’s payment service will be accepted at over one million locations, but is yet to receive an Australian launch date.

The improved Notes function promises alternative ways to capture ideas, with the ability to draw quick sketches with your fingers, insert photos or create checklists.

This poses serious competition for startup Evernote and Microsoft’s version OneNote, both of which allow you to collect and document ideas across several platforms.

Apple has finally added transit directions to its contentious Maps app, meaning train and bus stations are mapped and departure and arrival times are integrated, plus the interface will be easier to use for people who are on foot.

This makes it slightly more desirable to people who have long been using the more advanced Google Maps.

Apple News aggregates content from publishers based on your interests and presents it to you in a sleek, magazine-like format.

Essentially, it’s taking on popular startup FlipBoard at their own game.

However, FlipBoard CEO Mike McCue is not concerned.

“We’ve had Google ship a supposed Flipboard killer; we’ve had Facebook do that with Facebook Paper; we’ve seen Yahoo! do that, and now Apple,” he told Bloomberg.

“We have a close partnership with Apple, and we’ve known about this for a while.”

Described by the company as “a revolutionary streaming music service” and “a pioneering worldwide live radio station broadcasting 24 hours a day”, Music is a direct competitor to Spotify.

Users will pay a yet-to-be-announced subscription fee to access the full iTunes library in streaming form.

It’s going to challenge streaming services like Spotify and has the advantage of an existing customer base thanks to the number of people who already have iTunes accounts.

Plus, it’s got Taylor Swift’s music – something Spotify hasn’t been able to score.

Apple has added a split view and slide over function to its iPads. The first allows you to run two apps at once, while the second allows you to open one app while in another.

The new multitasking features are playing catchup to Samsung and Microsoft’s tablets, which already allow for these functions.

Apple is planning to rule the world with iOS 9