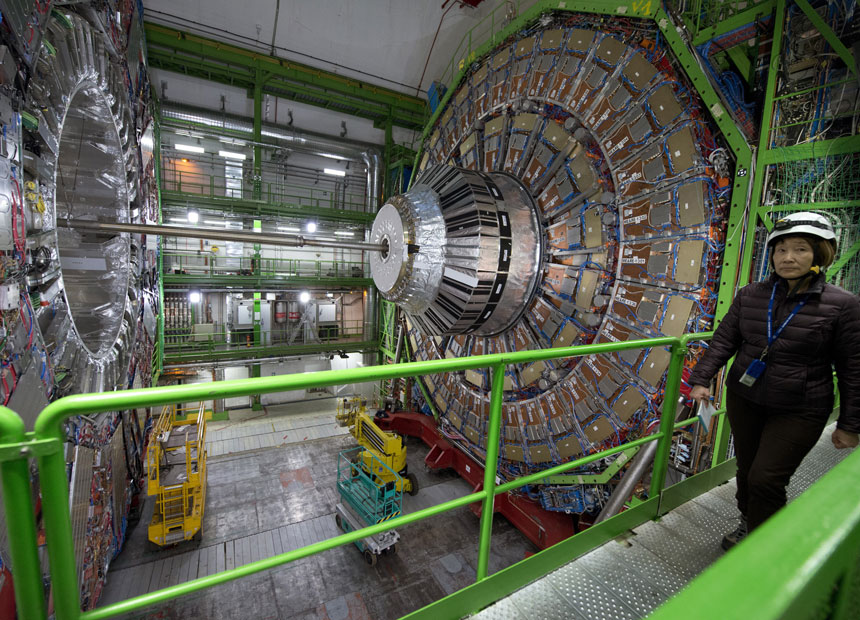 The Large Hadron Collider (LHC) has started delivering physics data as a result of what has been described as a “milestone” collision.

After an almost two-year shutdown and several months of recommissioning, the world’s largest particle accelerator is now providing collisions to all of its experiments at the unprecedented energy 13 tera-electronvolts (TeV).

That is almost double the collision energy of its first run.

The latest collisions mark the start of season two at Cern’s LHC, opening the way to new discoveries.

The LHC is now expected to run around the clock for the next three years.

Speaking after stable beams were declared, European Organisation for Nuclear Research (CERN)’s director-general Rolf Heuer said: “Congratulations to everybody, here and outside! We should remember this was two years of teamwork. A fantasic achievement. I am touched. I hope you are also touched.

“Thanks to everybody. And now time for new physics. Great work.”

But he reminded his colleagues they would have to wait for results, saying: “We have provided the basis, now the experiments have to follow.

During the first run of the LHC, the Atlas and CMS experiments announced the discovery of the so-called Higgs boson, an elementary particle that gives other particles mass, which had eluded detection for nearly 50 years.

It was the last piece of the puzzle known as the Standard Model.

With the ability to tap into higher energy, the scientists hope to explore mysterious realms of “new physics” that could yield evidence of hidden extra dimensions and dark matter.

Dark matter is the invisible, undetectable “stuff” that makes up 84 per cent of material in the universe and binds galaxies together, yet whose nature is unknown.