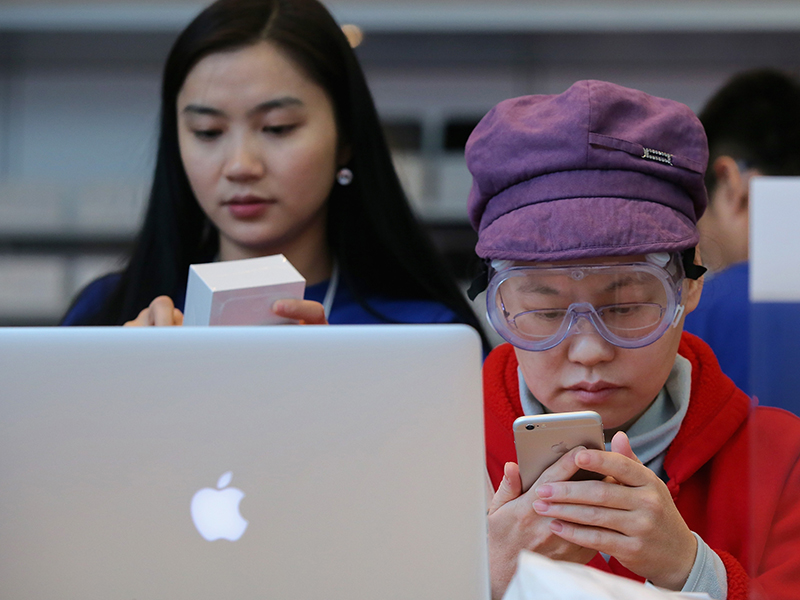 The marketing team behind the new Samsung Galaxy S6 has taken out an ad on Google for users who search for ‘iPhone 6S’, the rumoured name of the next iPhone model.

• Apple Watch: the pros and cons
• Should you buy the new Samsung Galaxy S6?

The New Daily was unable to replicate the message, but it is possible it is only displayed to UK citizens, or web users who have searched for Samsung or Apple in the past.

It would not be the first time Samsung has pranked its arch-nemesis.

For the past few years, the rival company has been slowly but steadily poking fun at the iPhone for its lack of technology innovation.

In 2014, just after Apple announced the iPhone 6 and iPhone 6 Plus, the Korean technology giant released a number of ads mocking the iPhone for behind the game.

And in 2012, the Samsung Galaxy S4 ads had a similar line, comparing the then-flagship Samsung phone with the iPhone.

Given that Apple took out the infamous “I’m a Mac, and I’m a PC” ads in 2006 to make fun of Microsoft, it seems that anything is fair game in the great technology war.

As for the Google ad, to quote one Reddit user: “You gotta hand it to them, that’s pretty good.”