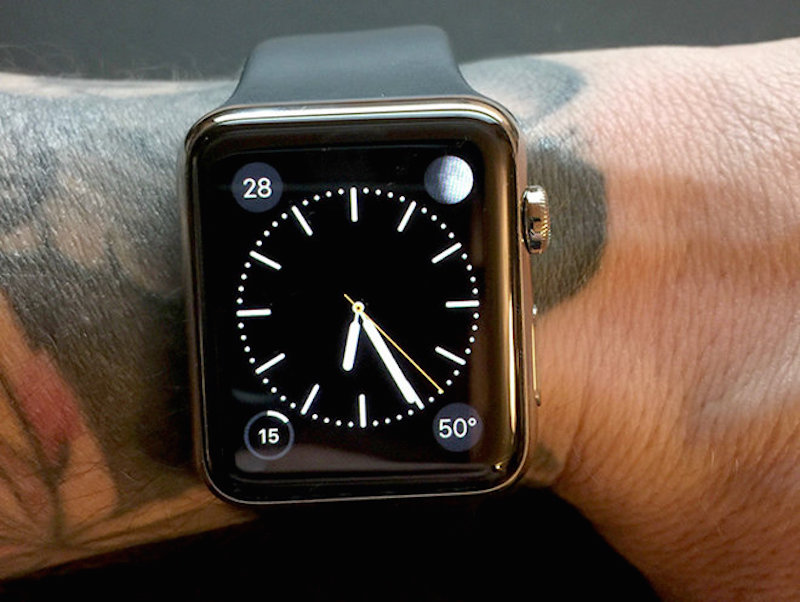 It wouldn’t be a new Apple product launch without a widespread usability scandal – we’ve had #bendgate, signal gate and now with the Apple Watch we have: #tattoogate.

That’s right, some who wear an Apple Watch over their wrist tattoos claim the ink is causing the watch to glitch.

The claim surfaced on Reddit from a user who said when he wore his watch over his wrist it “would lock up every time and the screen went dark and prompted me for my password. I wouldn’t receive notifications.”

When he put his “shiny new 42mm SS watch” over his non tattooed hand all the problems went away.

“I was about to give up and call Apple tomorrow when I decided to try holding it against my (non-tattooed) hand.” he said.

“Once I put it back on the area that is tattooed with black ink the watch would automatically lock again. Just wanted to give anyone a heads up about this issue because I don’t see it mentioned anywhere in Apple’s support documents.”

The claims soon spread to Twitter where other users reported similar troubles with the wrist identification system that effects features like Apple Pay.

Turns out people with wrist tattoos will be unable to use Apple Watch for Apple Pay because it can’t sense you’re alive. Fun! 😀

With an array of bands available for the watch, the device can cost anywhere from a few hundred dollars to $17,000. But it seems this little glitch was an oversight by developers.

“The ink pigmentation interferes with the sensor’s ability to read your heart rate — and with it, the Watch’s ability to assess whether or not it’s maintaining skin contact.”

“We’re looking into this issue, and will report back when we have more information.”