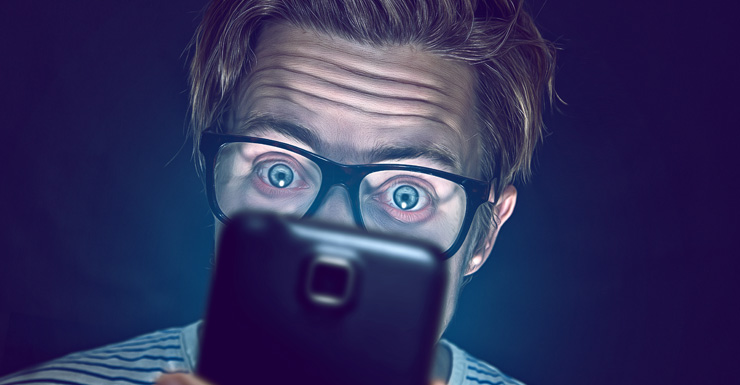 An “explosion” of flexible phone plans offered by smaller telcos has been “nothing but good” for mobile phone users, ending years of rip-offs by the major players, say telco experts.

Led by Amaysim, the big brother of the pack, these smaller providers have pushed down prices, driven up data allowances and curbed bill shock, says the editor of tech comparison site WhistleOut.

While not the first to offer SIM-only, no lock-in plans, Amaysim’s debut four years ago forced its bigger competitors to lift their games.

• Passwords you should never use, but do
• A world without tech: frightening or free?
• The taxi apps you should be using
• How to avoid an online ransom attack

The company’s unlimited talk and text, data-rich, bring-your-own-phone plans, which as of Tuesday will be upgraded to the 4G network, now have many imitators, in part because consumers want to save money by recycling old phones, says WhistleOut editor Joseph Hanlon.

Recent data from tech analysis firm Telsyte found that around 30 per cent of those who acquired a smartphone in 2013 chose to buy it outright, with approximately 13 per cent receiving their phone as a gift, a company phone or a hand-me-down.

“People are resisting the temptation to buy the latest and greatest straight away. They’re happy to sit on their phone for another 12 months and put the money towards something else, rather than rushing out to join the queue for the new iPhone,” Mr Hanlon says.

In February, Amaysim won the Roy Morgan customer satisfaction award for the second year in a row – a string of success it attributes to a determination to challenge the big players.

“This was about us coming in and saying, ‘We want to fix this’,” says Amaysim CEO Julian Ogrin.

“It was about saying: ‘No more bill shock.’

“We are rewriting the book in terms of what is good service in the telco industry, and that’s something we’re very proud of.”

“Amaysim has had the most impact out of all the mobile virtual network operators in the Australian market, and that’s essentially made it more cost-effective for consumers who are looking for a better deal,” he says.

“These mobile network operators have democratised the market, made it more feasible for Australians to be on mobile services because of the cost advantages.”

The big telcos do deserve some credit as well, Mr Fadaghi says.

“It’s a combination. It’s definitely the major players getting their act together around not ripping off their customers.

“But that is fundamentally influenced by the availability of more than just the main operators in the marketplace.”

Will SIM-only work for you?

After crunching the numbers, WhistleOut has previously found there may not be a huge cost difference between lock-in and outright plans, so it may come down to personal preference – such as billing plans and how much internet you need.

For those in rural areas, Telstra’s Blue Tick phones offer the best coverage.