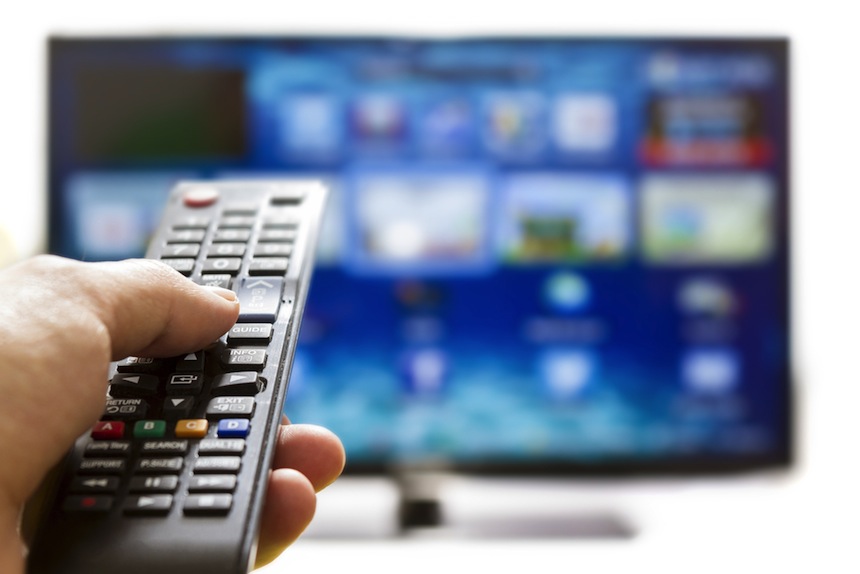 This year’s Consumer Electronics Show (CES), held from January 6-9 in Las Vegas, was a heart-pounding showcase of wearable tech, mobile computing gadgets and home entertainment tech all designed to propel us into the daunting future of hyperconnectivity.

Without a doubt, this year’s TV appliance du jour is the 4K TV: the ultra-high-definition television, or UHDTV for short.

• The hackers are winning. Here’s how to protect yourself
• Did Samsung just aigeate the coolest computer ever?

Bringing a gratifyingly glorious 8,294,400 pixels to your eyeballs – the equivalent of 2160p, compared to the 1080p, 2.1 megapixels HDTV we have now – UHDTV represents the first major advancement in consumer television resolution in over 10 years.

But 4K Ultra-HD is not new. As the majority of commercial cinemas have now converted most, if not all, of their equipment to digital format, chances are any movie you’ve watched at the cinema in the last few years was displayed in 4K.

So now that you’ve emptied your bank account of several grand and plugged in your spanking new UHDTV, it’s time to sit down and relax with a 4K movie.

What’s that? You don’t have any discs to throw in your new 4K Blu-ray player? Perhaps that’s because they don’t exist yet.

The only place left to turn is online, to 4K media streaming services. Unfortunately, said services are also thin on the ground, for a variety of reasons.

US cloud company Akamai’s Q3 2014 State of the Internet study placed Australia’s internet at 44th in the world.

In news that came as no surprise to anyone living in our country, the average speed of internet connections came in at a sluggish 6.9Mbps.

Guess who enjoys faster internet speeds than us? Mexicans (10.8Mbps), Ethiopians (9.9Mbps), Chileans (14.4Mbps) and Russians (27Mbps), to name a few (according to Ookla Net Index).

Even though we enjoy world-class services like iTunes TV, Google Play, Ezyflix, Quickflix, Presto and soon, Netflix, our country’s poor connectivity spells doom for any chance for 4K streaming.

The reason is simple: “Research shows less than six per cent of Australian households have the broadband capability to technically be able to stream 4K or UHD content,” a Foxtel spokesperson recently said.

“To deliver UHD or 4K streaming over the internet requires a customer to have both an excellent modem connection rate – better than 16Mbps – and an Internet Service Provider that can support large sustained transfer rates from a video service to the customer modem.”

In other words, 94 per cent of Australians are unable to stream 4K content. How’s that new TV looking?

Founder and CEO of streaming video on demand service Ezyflix, Craig White, is no stranger to these hurdles.

“In addition, data limits on many internet plans will restrict consumers on how much 4K content they can stream.”

Watching three 4K movies per month will require around 50GB of data. Without an unlimited bandwidth internet plan, many users will be impacted greatly.

To overcome these issues, many SVOD providers are experimenting with a system called ‘adaptive streaming’.

In layman’s terms, this means the content they are watching changes in quality depending on the speed of the internet connection and the equipment used to watch it.

So even if you have a decent internet connection, you may end up watching HD or, worse, SD-quality content on your new UHDTV.

Of course, without the actual content to offer, nobody is going anywhere.

“Studios in Australia are also yet to announce their plans for ranges of new movies to offer in 4K,” said White.

The current battle between SVOD services in Australia may well see 4K UHDTV content going to the company that proves the highest bidder, so you may want to hold off on that 12-month subscription until everyone throws in their chips.

Netflix US do offer 4K content, but only on the company’s top tier package and then only Netflix Original content, like House of Cards. Just add that series to the long list you can’t watch on your new TV.

This isn’t the first time Australia has slid recently in world standings (see also: conservation, science, education, health), but owing to the revised NBN rollout of 2014 we can expect to fall even further in the immediate future.

What does all this mean for owners of 4K UHDTVs?

It means that unless you have access to a broadband connection with speeds in excess of 16Mbps on an unlimited internet plan, you can kiss your 4K streaming media goodbye.

If you do happen to enjoy the above conditions, you might be able to watch 4K streaming media.

The catch is you won’t know until you’ve invested in the equipment and set everything up.

For the time being, 4K will prove itself the digital emperor’s new clothes.

Our advice is to hold onto your existing HDTV and Blu-ray discs and invest your money in a better internet connection and a streaming media service, or two, of your choice.

Or as Homer Simpson famously said: If you don’t like it, go to Russia.

The tech revolution Australia is missing out on