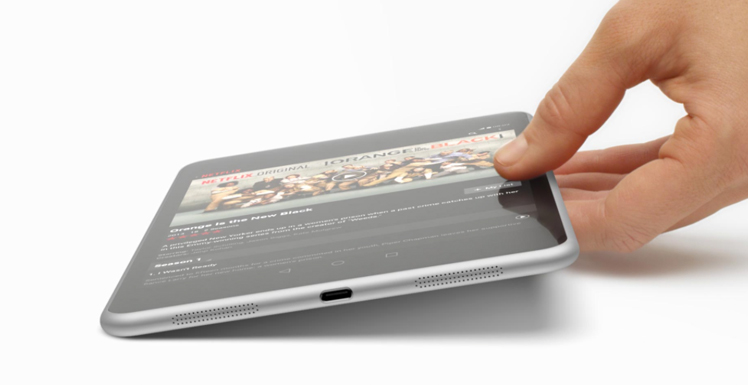 The Nokia N1 will be released in China on February 19, in time for Chinese New Year, and bears a striking resemblance to Apple’s iPad mini.

• Battle of the tech titans: Google vs Apple
• Is Apple’s Yosemite up to scratch? We put it to the test

Unlike Nokia’s first tablet, the Lumia 2520, the N1 will be powered by an Android operating system, instead of Microsoft Windows.

The 7.9-inch tablet has the same screen size as the iPad mini, and boasts an 8-megapixel rear camera and 5-megapixel front camera.

The telecom company sold its mobile phone division to Microsoft in April for $US7.52 billion.

Nokia had been teasing the release on social media with the hashtag #thinkingahead.

Unveiling the N1 at the Slush technology fair, Nokia’s head of products Sebastian Nystroem said the tablet was “a great product for Nokia fans and everyone who has not found the right Android tablet yet”.

Could Nokia’s new tablet take on Apple and Microsoft?