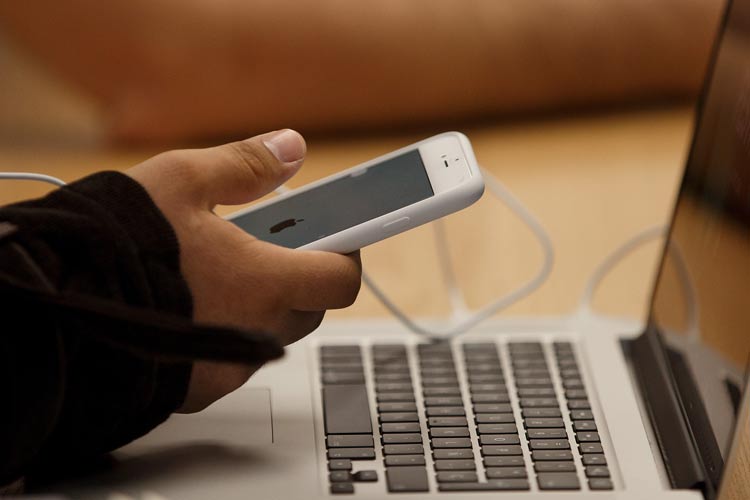 A newly discovered family of malware can infect iPhones via Apple computers, posing a worldwide security threat to devices that have been largely resistant to cybercriminals, researchers say.

• iPhone 6 Plus review: life with my new big best friend
• Hello Oppo: is this the iPhone’s best competition yet?

It represents “a potential threat to businesses, governments and Apple customers worldwide,” they said.

The malware, dubbed WireLurker, is capable of stealing a variety of information from the mobile devices it infects and regularly requests updates from the attackers command and control server, according to a report by the security firm.

It says the creator’s ultimate goal is not yet clear.

Although hackers have been able to target “jailbroken” iPhones, which have been modified to accept unauthorised software, the new threat appears to pose a threat to devices that have not been modified, the security team said.

“WireLurker is unlike anything we’ve ever seen in terms of Apple iOS and OS X malware,” said Palo Alto’s Ryan Olson.

“The techniques in use suggest that bad actors are getting more sophisticated when it comes to exploiting some of the world’s best-known desktop and mobile platforms.”

According to the researchers, WireLurker malware first infects a Mac computer, which uses the OS X operating system, and then installs itself on iOS devices – iPads or iPhones – when they are connected to the computers via USB ports.

The malware was traced back to a third-party Chinese app store, which had 467 infected applications downloaded over 356,104 times, potentially affecting hundreds of thousands of users.

iPhones at risk from new type of malware