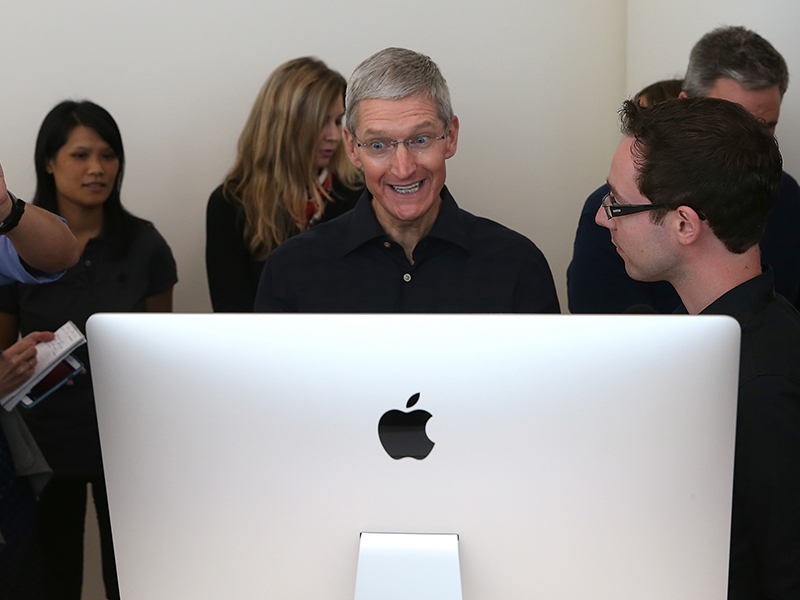 Hot on the heels of September’s epic iPhone 6, iPhone 6 Plus and Apple Watch announcement, Apple today announced a swathe of new products that will likely set fire to your bank account.

Let’s see what they have for us.

Apple’s iPad has long been known for simplicity and elegance. Today we were introduced to the new iPad Air 2; the thinnest and fastest yet.

At 6.1 millimetres thin, the new iPad Air 2 is less than half the thickness of the very first iPad. It’s truly wafer thin.

Powered by the new A8X processor, the iPad Air 2 is 40 per cent faster than the iPad Air, with a 2.5x graphics speed improvement. This means more powerful apps, faster connectivity and greater gaming experiences.

Alongside the A8X is the new M8 motion co-processor – which we saw in the iPhone 6 and iPhone 6 Plus – bringing all the movement sensing you could ever need to your iPad.

The iPad Air 2’s display also features a host of improvements, like reduced glare and improved luminosity, which should put paid to those Samsung Galaxy ads mocking the display on many Apple products.

Finally, Touch ID has made it to iPad. Introduced with the iPhone 5s, the fingerprint-reading technology will be rolled out to the new iPad, bringing added security and accessibility to new functions, like Apple Pay.

The latest iPad mini 3 is essentially the iPad mini with Retina (now simply iPad mini 2), with the addition of Touch ID. It also now comes in gold.

What was welcome news is the price drop for previous iPad mini models, bringing the iPad mini 2 down to $369.

Hold onto your hats…

Known as the Retina 5k display, many innovations have also been made in the technology powering the computer, starting with a 3.5 GHz quad-core Intel processor, 8Gb RAM and a 1TB Fusion Drive (combines a conventional hard drive and solid-state drive). The top 27-inch model comes with a 4.09 GHz processor, which is 45 per cent faster than the previous iMac.

This power means photo and video editing on the new iMac will take on new life, along with gaming and overall speed performance.

A budget solution for desktop computing, the new Mac mini is available in 1.4 GHz, 2.6 GHz and 2.8 GHz models, with processor upgrades to 3 GHz available, as well as RAM expansion.

As always, Apple’s constant under-the-hood tinkering has led to improvements in the look and feel of OS X Yosemite, as well as functionality and user experience.

This latest operating system offers an across-the-board improvement of native apps – like Safari, Mail and iWork – as well as a new design aesthetic.

First up, OS X 10.10 will look best on Retina displays, owing to a redesign of elements like toolbars, controls and the dock, including refinement of system fonts. Translation: it looks pretty smooth.

New function, Handoff, is one of the most promising features of Yosemite, giving users the ability to move seamlessly between Apple devices while performing the same function or task. The keyword here, is ‘seamlessly’.

From writing emails and editing photos to making phone calls or building Keynote presentations, this new continuity feature pools the power of your iMac, iPhone, iPad and Apple TV.

A number of third-party apps have previously given users similar functionality, but Apple has taken the ball and run a mile this time.

iCloud has also been given an overhaul; now known as iCloud Drive. But more than just a name change, iCloud Drive links all your native apps, allowing users to access their entire world of files from any Apple device.

Overall, the improvements in OS X Yosemite aim to provide Apple users a seamless (there’s that word again) experience across all their devices, sharing files and apps as smoothly as shaking hands.

Will you update your existing Mac products to one of these newer versions? Let us know what you think below.