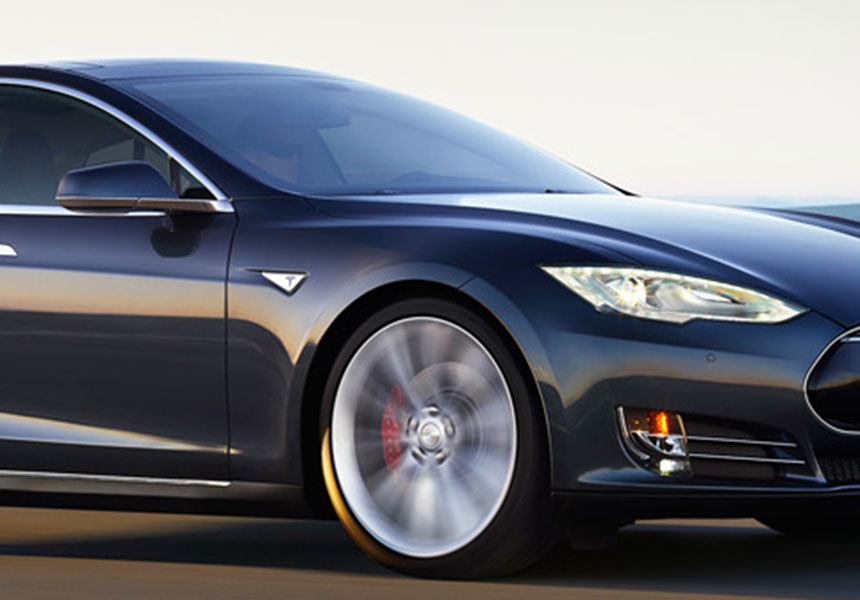 A tantalising tweet from the boss of electric car giant Tesla Motors sent the tech and motoring worlds into a spin, but Tesla failed to deliver the self-driving car some were predicting from its latest launch.

• The ultimate electric car is coming
• Peugeot 308 hatchback crowned Car of the Year
• Is this the best new car money can buy?

In the hyped style favoured by brands such as Apple, Tesla was tight-lipped ahead of the event, with CEO Elon Musk releasing a mysterious tweet last week.

About time to unveil the D and something else pic.twitter.com/qp23yi59i6

The tweet was retweeted 15,000 times, as online forums wildly speculate about just what ‘something else’ might entail.

Yet today’s announcement was for a faster, all-wheel-drive version of its previous Model S car. Musk confirmed the ‘D’ stands for ‘dual motor’. The current Model S is a rear-wheel-drive car with one motor while the ‘D’ has two powering both the front and rear wheels.

“This car is nuts. It’s like taking off from a carrier deck,” said Musk. Is the Tesla ‘D’ electric car the future of motoring?