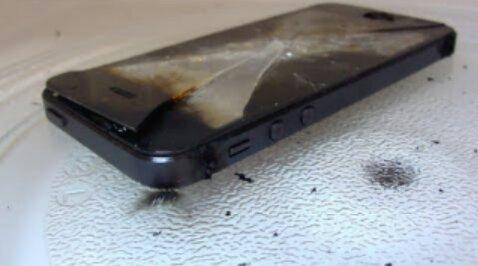 Several iPhone users have fallen victim to an internet prank advising them to charge their phones using a microwave.

With an authetic-looking Apple ad, pranksters told unsuspecting internet users that the new iOS 8 operating system would allow them to “wave charge your device by placing it within a household microwave for a minute and a half”. Unfortunately, their prank was extremely convincing and several iPhones paid the price.

“I tried using the new IOS 8 feature WAVE where you can charge your phone with a microwave, does not work,” one Twitter user wrote.

I tried using the new IOS 8 feature WAVE where you can charge your phone with a microwave, does not work @Apple pic.twitter.com/33NSv42hgO

A few people were left with a shattered phone after it exploded from the heat, while others found that their device abruptly erupted in flames.