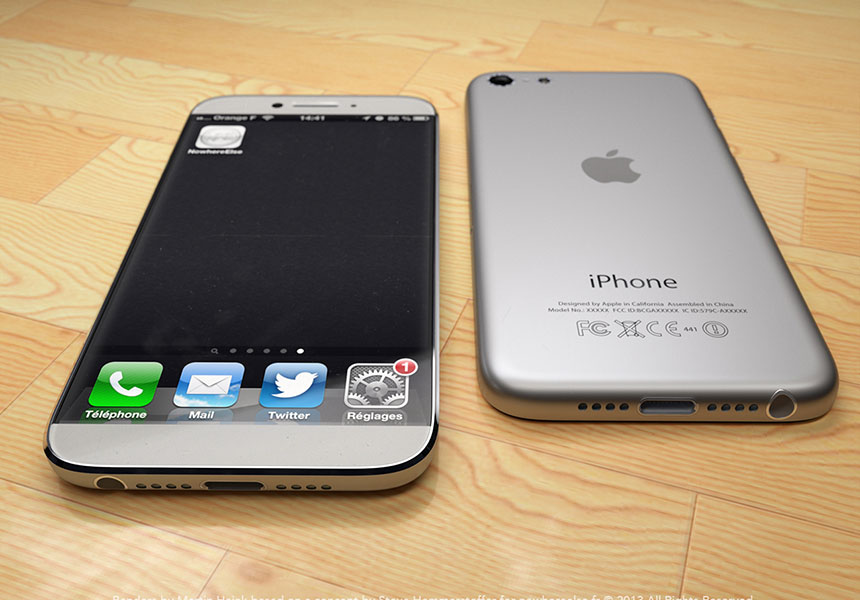 Apple is used to generating a buzz around its new products, but the hype surrounding the iPhone 6 is going into overdrive.

The latest version of Apple’s smartphone will be unveiled at 3:00am (AEST) on Wednesday.

Already, queues are forming outside the Apple store in New York, while drones are buzzing around Apple’s California headquarters to try to catch a glimpse inside the three-storey cube that is being built to host the launch event.

Websites like MacRumors are filled with speculation about what the new phone will look like, and a Google search for “iPhone 6 leaks” brings up 12 million results.

“There is a lot of expectation, a lot of hype, a lot of leaks,” says Ovum senior analyst Gilles Ubaghs.

“If you can’t trust Apple with your nudie photos, why would you trust them with your bank details?”

“I think the risk with so much information leaking online, you might see a lot of industry pundits saying, ‘well, we were expecting this. Where is the surprise? It’s all a bit of a dud, we knew this was coming’.”

What is almost certain though is that the iPhone 6 will be bigger. It is expected to boast a 4.7-inch screen; larger than the 4-inch iPhone 5 but smaller than Samsung’s

The risk for Apple though is that reality fails to match up to the pre-launch hype.

In each of the past three years, Apple shares have fallen after a product launch. And again this year, investors have been bidding Apple shares higher at a furious pace, pushing them up by more than a third in the four months since late April.

However, Walter Piecyk from New York-based BTIG told CNBC that this year may be different.

“So I think there is less risk of this expectation of what the management should do and just delivering on what people are expecting anyway.”

Apple to launch iWatch and a digital wallet

Apple is also expected to launch an iWatch and a digital wallet, an electronic payment system, either at this week’s launch or in the next few weeks.

But Apple’s security credentials suffered a blow last week when it was revealed that nude celebrity photographs had been hacked from its iCloud storage system.

“If you can’t trust Apple with your nudie photos, why would you trust them with your bank details?” Gilles Ubaghs quips.

“But the fact is, people already trust Apple with their bank details and it’s already there within iTunes. People make those purchases [and] they have those card details stored on file.”

He says if Apple turns its iTunes database into an open-loop payment system, it would be bigger than PayPal and American Express combined. However, because of the tight competition in payments, it would not be the money-spinner Apple is used to.

“It is a very low-margin business,” Mr Ubaghs said.

“Apple, who is used to making 30 per cent on some items on the App Store, that’s a very different business, suddenly, if you’re looking at half a per cent per transaction value.”

Despite those low margins, the temptation to keep more customers wrapped up in the Apple ecosystem may be too much for the company to ignore.