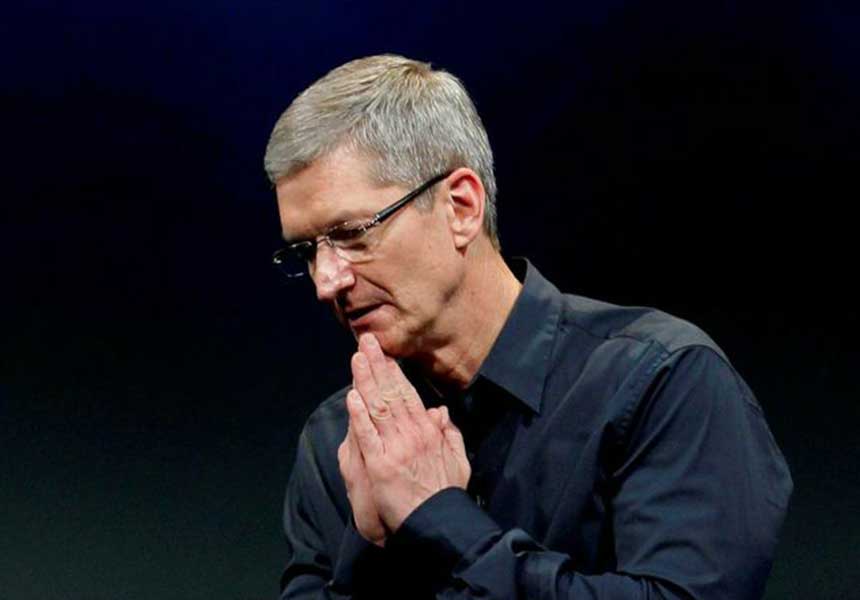 The date is set for the announcement of the Apple’s new iPhone 6, but if any of the rumours are to be believed, we’ve already seen the iPhone’s next round of improvements, in other brands’ smartphones.

The annual technology event that makes grown adults weak at the knees with anticipation is upon us: the new iPhone announcement!

And it marks a critical moment in the life of the hottest technology company the world has known (and that’s no exaggeration, as you’ll see).

• Apple’s iPad is an iDud
• Android is king of the smartphone market
• Which headphones should you buy?

How it did it can be summed up in four simple words: iMac, iPod, iPhone, iPad.

Simply, Steve Jobs designed the most irresistible gadgets the world had known and we threw our money at him in exchange for one, or two, or four.

With the iPod and iTunes, Jobs invented an entirely new device and changed how we listen to music. In the iPad, he launched the tablet category into the mainstream. But it was the iPhone that really ignited Apple’s fortunes.

In 2012, it was reported that the iPhone alone was more profitable than corporate giants like GE and Microsoft. In March, Forbes reported that Apple sold its 500 millionth iPhone: it is expected to have sold 600 million by the time the iPhone 6 lands. Today, the iPhone still accounts for the majority of Apple’s earnings and Apple is said to have more cash lying around than the US government.

But since Jobs died in 2011, Apple has looked a little shopworn. It has not launched a new product since the iPad, which customers are beginning to find resistible. It’s Maps product, designed to get Google’s Maps off Apple devices, was an embarrassing failure, forcing new CEO Tim Cook to apologise.

For many, the launch of the iPhone 6 in September is more than just a new phone. It will prove that the magic did not die with Jobs. Or that it did.

So what can we expect from the new phone?

Love or hate it, the world holds its breath for this annual bout of Apple fever – currently set for 9 September – with the lead-up seeing a plethora of tech websites champing at the bit to be the next to leak a poor-quality photo or supposed specs of the new phone.

But with the host of rumours from unofficial-slash-officially-work-at-the-factory-that-makes-the-iPhone sources, the world has taken a step back, realising, ‘we’ve seen all this before.’

A faster processor, improved front glass, health monitoring integration, better WiFi; these are just some of the features in the mix, which can all be found in current smartphones from the iPhone’s competitors.

Naturally, the folks at Samsung have been pointing out Apple’s constant feature lag, in their not-so-tongue-in-cheek commercials for their Galaxy smartphone line.

The question we’re left asking is: when Tim Cook, takes the stage next month, will we see some surprise innovations in the iPhone 6, or will Apple simply be praying they can catch-up?

Remembering that iPhone rumours are always just that until officially confirmed, and even manufacturer-confirmed features have been known to disappear at launch, here’s what we know so far about the next iPhone.

The world has watched with amazement as health apps and wearable gadgets have swiftly risen to dominate the health market, so it’s no surprise that Apple has turned its sights on this area. The next version of the iPhone’s operating system, iOS 8, comes with new app, Health.

“As much as we all love the shot of adrenalin that comes with dropping your smartphone, it will be nearly impossible to break the glass on your spanking new iPhone.”

Did you know the Samsung Galaxy S5 comes with a built-in heart rate monitor? Let’s see if Apple can top that.

Along with the usual refinement of design aesthetic, the new iPhone will likely come in two sizes: a 4.7-inch version and a larger 5.5-inch phone/tablet.

As Samsung has mentioned, this larger screen size is nothing new; their Galaxy S5 coming in at 5.1 inches.

This screen size – between 5 and 6 inches – appears to be the sweet spot for ‘phablets,’ with Samsung’s Galaxy Note 3 and the HTC One (M8) both popular in this size area.

If there was a way to wrestle back some of the market share Apple has lost to Samsung, this is a good step forward.

As much as we all love the shot of adrenalin that comes with dropping your smartphone, it will be nearly impossible to break the glass on your spanking new iPhone, thanks to the miracle of sapphire glass.

Currently used in the iPhone’s camera, this material is basically indestructible. You may have seen YouTube clips of the substance being stabbed and scratched, only to remain impervious to abuse.

Let’s see if both models of the new phone get this miracle glass.

Every iPhone reincarnation features an improvement in processing power, and this one is no different.

Website, Venture Beat, has confirmed the processor powering the iPhone 6 will be the new A8 chip, with a boost in speed to 2Ghz and 1GB of RAM; a nice jump from the iPhone 5s’ 1.3Ghz.

By comparison, the Samsung Galaxy S5 runs a 2.5Ghz quad-core processor, with 2GB or RAM.

The true potential of Near Field Communication (NFC) is slowly taking hold, so building this feature into the new iPhone is aptly timed.

Competitors to the iPhone currently use the feature to share content and connect with other devices, but more third-party support is needed to really explore NFC’s true capabilities.

Imagine programming your travel pass or credit card details into your phone and leaving your purse or wallet at home, tapping your smartphone here and there when needed instead. Yes, one day.

While Apple devices have had Airdrop for a while – a way of instantly sharing content to nearby Apple devices – integrated NFC technology will allow far greater connectivity.

We’ll likely get more improvements in the new iPhone, but whether we see anything other smartphone players are yet to introduce remains to be seen.