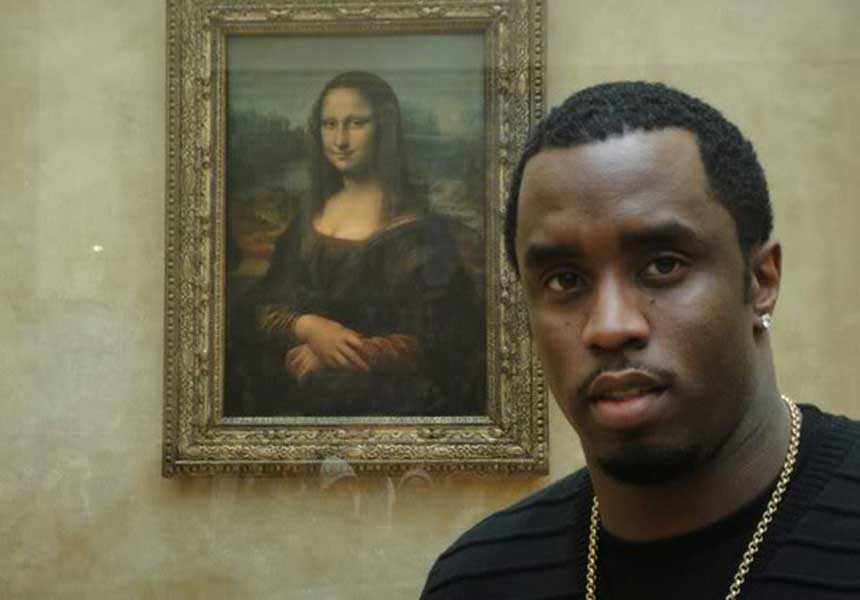 Her mood is hard to read at the best of times, but on a visit to the Louvre ten days ago I’m pretty sure I saw disdain on the face of the gallery’s star attraction, the Mona Lisa, as the hordes gathered before her.

It wasn’t the first time I’d been in this position, taking in the Leonardo da Vinci masterpiece, but there was something different about the experience this time around.

• A new way to keep the bastards honest
• Coming soon to a cinema near you: Empty seats in 3D!
• My role in Today Tonight’s downfall: Bruce Guthrie tells

It wasn’t the picture, of course. Small when you see it for the first time, she continues to gaze enigmatically at the hundreds of thousands who flock to see her in Paris year after year.

It was the crowd that had changed. When I’d last been there more than a decade ago, the throng of gawkers was just as big, just as frenzied. Back then though, they tended to face the picture. Now, significant numbers had their backs to it. Huh?

What’s the point of ticking off a visit to a beautiful work of art unless you can tell the world about it?

They were, of course, taking selfies, the latest indulgence of an increasingly indulgent and self-absorbed world. Last year it was named word of the year by Oxford Dictionaries; this week it threatened to derail the Tour de France and it’s guaranteed to disrupt most modern travel and social experiences.

I shouldn’t have been surprised the selfie hordes were at the world’s most famous art gallery before its most famous work. Two weeks earlier I’d been in Milan appreciating another da Vinci masterpiece when a different group of tourists produced a camera on a long, long stick so they could photograph themselves, not in front of the work, for that is forbidden, but outside the Convent of Santa Maria delle Grazie, where it is housed.

This, I presume, is called a ‘groupie’, when a bunch of like-minded ‘selfies’ get together for a bit of a photographic lark. Why on earth one of them couldn’t have peeled off and taken the picture, dull as it surely was or, in the time-honoured way, ask a fellow traveller to take it for them, is beyond me.

Then again, that would have required a bit of human interaction which, I suspect, goes against the whole essence of selfies. After all, in handing out its gong last year, Oxford Dictionaries defined ‘selfie’ as “a photograph that one has taken of oneself, typically one taken with a smartphone or webcam and uploaded to a social media website.” One is forced to conclude it’s a publicly acceptable form of onanism, isn’t one?

• Selfish selfies a dangerous trend
• The search for Hopey, Aussie inventor of the word ‘selfie’
• ‘Selfie’ makes it into the dictionary

At the Louvre there are no restrictions on photographing the Mona Lisa or, for that matter, any other work. So they come in their thousands, most jockeying to be photographed before a picture, a sculpture, perhaps an Egyptian mummy. That used to be annoying enough; but now increasing numbers contort themselves, mobile phone in hand, to snap a selfie before the great art works of the world. And, you guessed it, the one they really want over their left or right shoulder is the Mona Lisa. Having shot her, they instantly post it to Facebook, Instagram, Twitter or whatever because, hey, what’s the point of ticking off a visit to a beautiful work of art unless you can tell the world about it?

While I’m sure this would have happened without their input, the popularity of “me and Mona Lisa” photographs is due in large part to rappers P. Diddy and Eminem. In 2010, they separately posted photos of themselves next to the painting and fans have been doing likewise ever since.

There was more evidence this week of this selfie obsession at, of all places, the Tour de France. British cyclist Simon Yates bemoaned during the English stages of the event that people taking them were putting the safety of riders at risk.

“The crowd support in England was amazing. The only real complaint was people taking selfies in the middle of the bunch and having their back to the peloton,” said Yates. “Everyone is out there having fun and a lot of people don’t realize we’re coming past at 37 mph [60 kmh] and we use every inch of the roads.”

Of course they don’t. Probably because they’re more interested in looking at themselves and what’s going on behind them.

It’s about to get even easier to take the wretched things, which means it will become even more prevalent. A Swedish tech start-up announced last week that it had developed an app that allows users to shoot them hands-free. So, this perfect marriage of 21st century technology, vanity and self-absorption marches on, testing my patience and, I suspect, that of thousands of others too.

Which might explain the Mona Lisa’s discomfited look last week. Then again maybe it was empathy – five hundred years ago, her portrait was the 16th century equivalent of this 21st century craze. Somehow, I suspect, she’ll outlive it.

The Mona Lisa agrees – enough with the selfies!