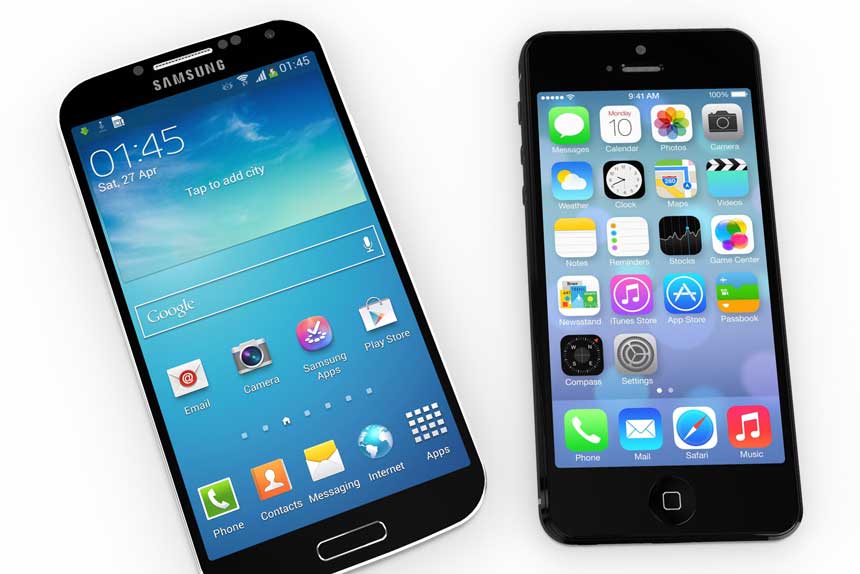 Samsung has been ordered to cough up just a fraction of the big-money damages sought by Apple in a high-stakes Silicon Valley case over smartphone patents.

A jury in federal court in California on Friday found Samsung violated some patents and ruled that the South Korean consumer electronics giant should pay $US119.6 million ($A129.40 million) in damages.

The jury also found credence in counter-claims by Samsung and said in its verdict that Apple should pay its rival $158,400 in damages.

The outcome is sharply different from a 2012 patent trial in the same court. Unlike the previous case in which Apple was a clear winner, this time Samsung prevailed in many areas.

Meanwhile, Samsung lawyers maintained that the legal onslaught is the result of a “holy war” Apple declared on Google-made Android software used to power smartphones.

In August 2012, a separate jury in the same court decided that Samsung should pay Apple $1.049 billion in damages for illegally copying iPhone and iPad features, in one of the biggest patent cases in decades.

The damage award was later trimmed to $929 million and is being appealed.

The verdict on Friday came after three full days of deliberation in a patent trial that began at the start of April in the Silicon Valley city of San Jose.

Patents at issue in the case involve unlocking touchscreens with slide gestures, automatically correcting words being typed, retrieving data sought by users and performing actions on found data such as making a call after coming up with a phone number.

Samsung devices targeted by Apple include more than half a dozen smartphones from the Galaxy line, along with the Galaxy 2 tablet.

Samsung, in a counter move, accused Apple of infringing on patents related to transmitting digital video and storing digital images.

Brian Love, a law professor at Santa Clara University who followed the case, said it was hard to view the outcome as much of a victory for Apple.

“Apple launched this litigation campaign years ago with aspirations of slowing the meteoric rise of Android phone manufacturers. It has so far failed to do so, and this case won’t get it any closer.”