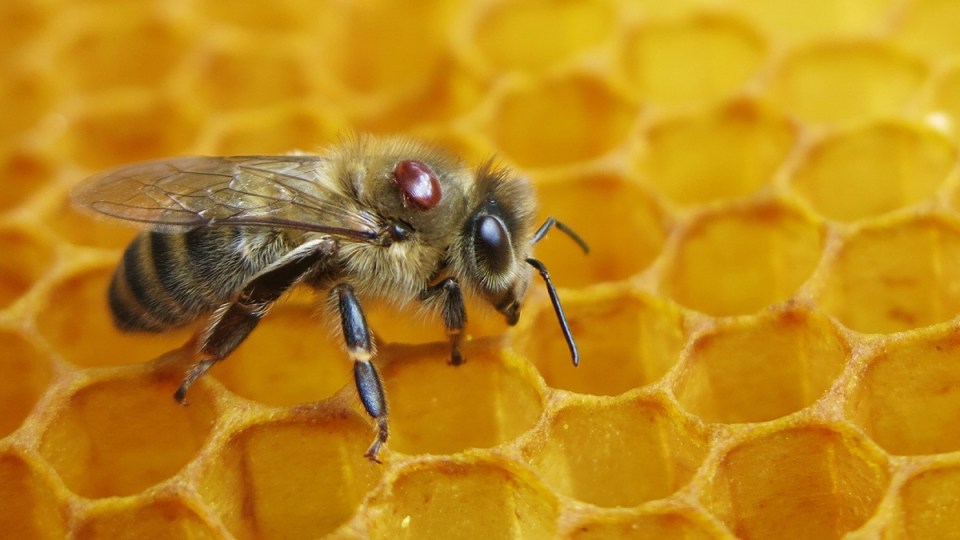 No country has ever successfully eradicated the varroa mite. Photo: Getty

Queen bees from a national honeybee breeding program will be saved from certain death thanks to a plan to protect them from the growing varroa mite outbreak.

One of the program’s sites, at the Tocal Agricultural College near Newcastle, was placed in an eradication zone Monday after the mite was detected at nearby properties.

The varroa mite is a honeybee parasite that feeds on the bees’ young and spreads disease, eventually killing the entire colony.

Since first being detected at the Port of Newcastle in June, varroa mites have been detected in 73 locations throughout NSW, including Newcastle, Coffs Harbour, and the Central Coast.

Experts have warned about the dangers the mite poses to Australia’s agricultural industry, which relies heavily on managed bee pollination, but are optimistic about Australia’s strict biosecurity program despite the failure of similar programs overseas.

Australia was the last major honey-producing country free from the varroa mite until five weeks ago.

Since then, more than 21,000 honeybee hives have been inspected for varroa mites as part of the NSW government’s biosecurity program.

Of those, almost 5000 hives have been euthanised, doubling the total from the week before.

Despite the accelerating numbers, officials have said they are confident the source of each infection is known, giving them hope that total eradication is still possible.

“The good news is that all the confirmed cases either have clear links to existing cases or are geographically linked through the movement of hives or equipment,” NSW Department of Primary Industries’s (DPI) Chris Anderson said in a statement.

“Even though there is quite a number of sites, we’re still having everything linked and a level of containment,” Dr Roberts said.

“But history is certainly not on our side – there hasn’t been any successful eradication of varroa mite before.”

Dr Roberts also said the current rate of detection in Australia suggests the mite could have gone undetected for months.

However, the mites are believed to not be infected with honeybee viruses, which would make them “a very different beast”, Dr Roberts said. 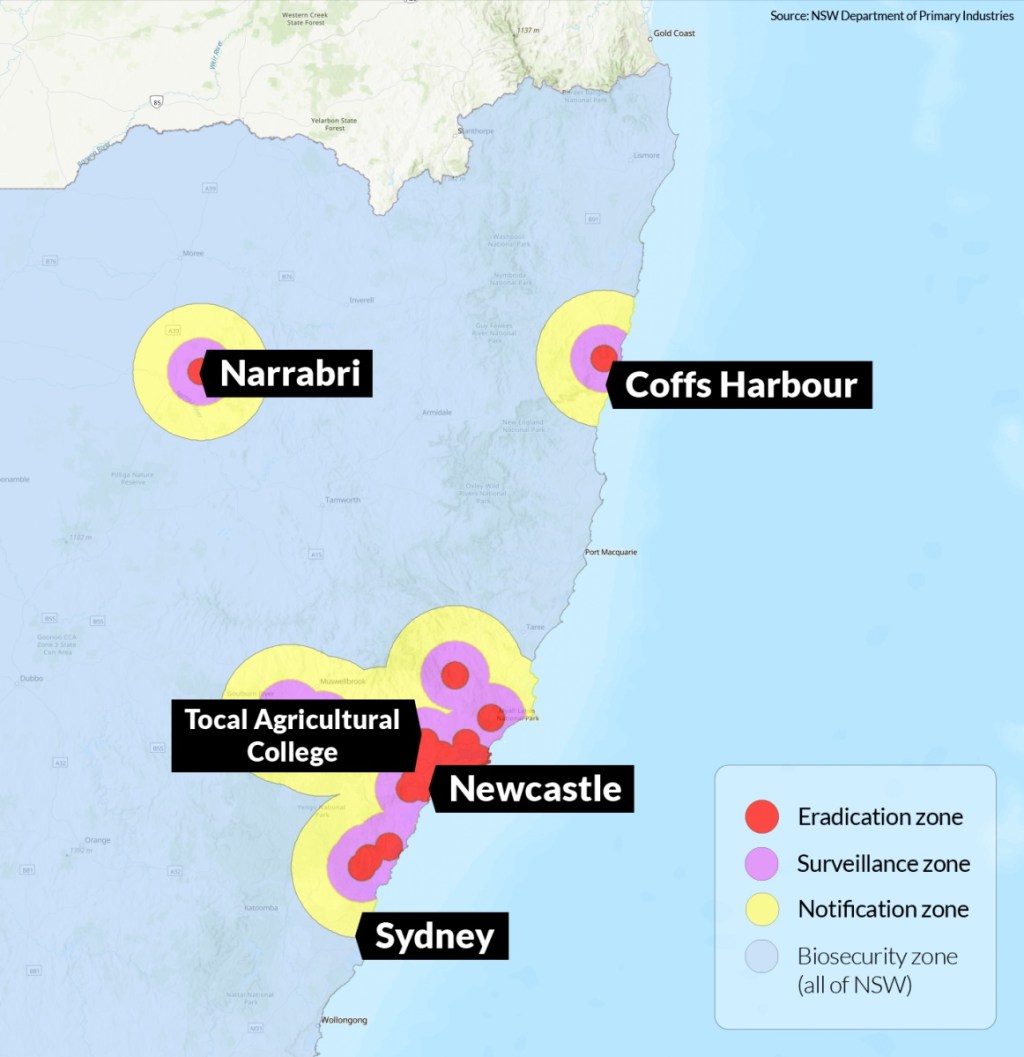 In June, the NSW Department of Primary Industries and industry officials setup a taskforce dedicated to eradicating the varroa mite.

They work out of a ‘war room’ in Orange, four hours west of Sydney, where TVs show live detection updates and personnel run mock scenarios.

Total eradication is the goal

Because the varroa mite is so contagious, to be successful the program will have to kill every last mite.

On June 26, a statewide emergency order was declared, halting the movement of all bees throughout NSW.

Any bees within a 10km radius of an exposure site are destroyed within 48 hours, while those within a 25km radius are inspected for mites.

NSW officials have encouraged people to report any feral beehives, and are offering $550 in compensation to any beekeeping hobbyists who are forced to destroy a hive.

The NSW government also announced an $18 million compensation package for registered beekeepers affected by the outbreak.

Dr Roberts said the effects of the containment and eradication program would be felt by more than just honey producers.

“I think it’s really surprising for lots of people just how many different crops and pasture industries are dependent to some degree on pollination,” Dr Roberts said.

“And pollination services rely on beekeepers being able to move their hives, sometimes quite large distances.”

Nut, berry, and avocado farmers are the first to be hit by bee shortages from the varroa outbreak.

“But right through to the rest of the year, we’ve got other crops that are coming up that have fairly high demands for managed bee pollination,” Dr Roberts said.

State governments have introduced permits that would allow hives found to be mite-free to travel from NSW for the purposes of managed pollination.

But bee shortages throughout the agricultural industry are expected to persist until eradication is successful or the program is abandoned.

Even though the mite is lethal, Dr Roberts said eradication isn’t the only viable option.

“You can certainly live with Varroa, it’s manageable, but it doesn’t come without any costs,” Dr Roberts said.

Strong pesticide chemicals are sprayed into honeybee hives overseas to kill the mite.

“So that adds to the costs, and also has that potential to contaminate the hive, and limits your ability to sell an organic product,” Dr Roberts said.

“And and that’s going to make it perhaps not possible for some beekeepers to stay in the industry.

Australian scientists are already working to develop a world-first, hormone-based, organic pesticide that is safe for honey bees but fatal to the varroa mite.

And some experts have suggested a varroa mite outbreak could reduce the number of feral honeybees, reviving native bee populations and the native plants that rely on them for pollination.

If eradication does fail, it will be up to the queen bees saved by Tocal College to maintain honeybee populations and save Australia’s agricultural industry.