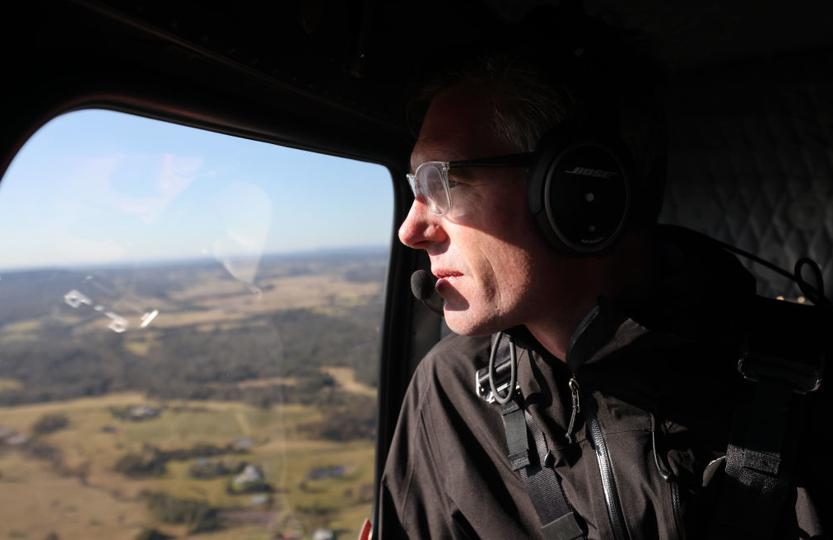 The NSW Premier has pressed his case to raise the height of a major Sydney dam after four flood disasters in the past 18 months.

Wrapping up the first leg of his 10-day Asian trade tour at a world-leading flood-mitigation facility in Japan, Premier Dominic Perrottet on Sunday visited Ryu-Q Kan, one of the world’s biggest underground drainage channels, on the outskirts of Tokyo.

Completed in 2006 at a cost of more than $US2 billion (about $A3 billion), its 177m long underground surge tank has a capacity of 2.5 gigalitres.

It collects overflowing water from four rivers and makes controlled, safe releases to the Edo River.

In comparison, the Warragamba Dam in western Sydney can hold some 515 gigalitres per day.

“What the Japanese have done is world-leading, but when it comes to the issues we face in NSW, we would need 400 times the size of this (underground drain) to deal with the last flooding event we had,” Mr Perrottet told reporters in Saitama, on the outskirts of Tokyo.

The Premier again advocated for the walls of the Warragamba Dam to be raised, which would cost about $1.6 billion.

“Raising the Warragamba Dam will provide incredible support to reduce flooding downstream. We know that to be true,” he said.

Mr Perrottet also again called on the federal government to fund half of the proposed dam work.

Other suggestions include improving flood evacuation routes for communities and moving people off flood-prone land through government land buybacks.

Asked about flood plain buybacks, Mr Perrottet would not rule anything out, saying “everything is on the table”.

Earlier this month, the urban policy think-tank Committee for Sydney called for an end to the debate over buybacks, after repeated flooding in the Hawkesbury-Nepean region this year.

This followed Mr Perrottet’s commissioning of a flood inquiry in the wake of devastating floods in northern NSW, where nine lives were lost.

The inquiry report is due to be released by the end of this month, and the Premier said on Sunday he intends to implement “every one” of its recommendations.

In July, dozens of evacuation orders affecting more than 85,000 residents in southern and western Sydney were issued as communities endured record-breaking floods.

On Sunday, the Labor opposition committed to spending $225 million under a Western Sydney floods resilience plan, if it wins government at the March state election.

The funds would be used to upgrade critical roads and bridges, build three new levees, improve communications during disaster events and expand access to government water gauges to residents.

“These communities will face continual flood risk and we need urgent action and solutions that can be delivered right now, not in another decade,” Opposition Leader Chris Minns said.

But the Premier said Labor’s plan was “embarrassing”.

“The $200 million commitment they made wouldn’t even pay for the potholes from the last flood,” he said.

“You can’t just have short-term solutions, they need to be all-encompassing”.

Mr Perrottet and his team will on Sunday leave Japan for the South Korean capital, Seoul, where his focus will turn to hydrogen and health investment opportunities.

Michael Pascoe: The Liberals face being engulfed by a rising tide of independents
Perrottet: All documents about John Barilaro’s NYC appointment should be released
Today's Stories