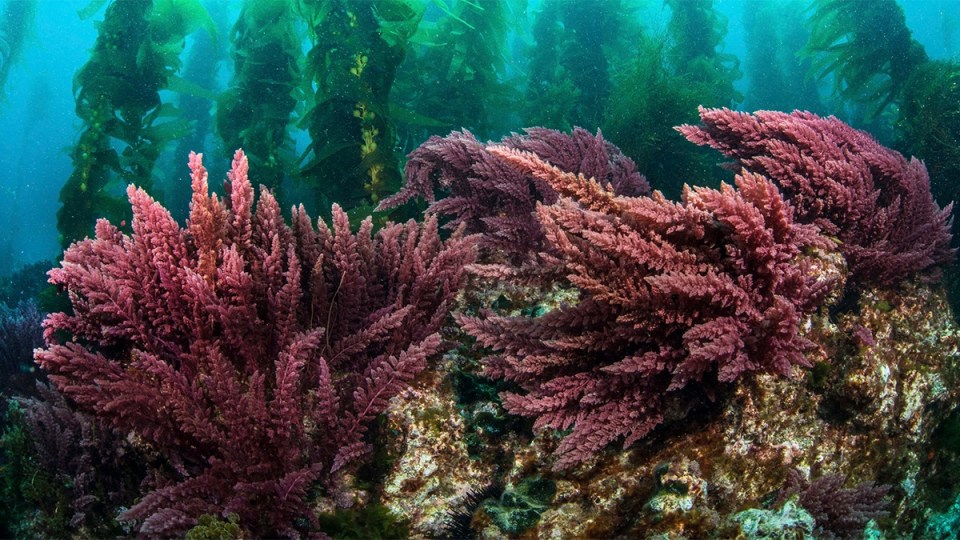 The Australian seaweed asparagopsis is being sold to limit methane released by cows.

The Australian meat industry is sighing a breath of fresh air after a native Australian seaweed that reduces methane from cows finally hit the market.

The livestock food supplement, developed by the CSIRO, has been found to reduce methane emissions from livestock by more than 80 per cent.

After years of research and millions of dollars in government grants, a commercial batch of asparagopsis was sold by Australia’s first commercial seaweed farm to a South Australian meat processor in June.

A report by Australia’s rural research organisation, AgriFutures, suggests it could become a billion-dollar industry by 2040 and go a long way towards reducing agricultural greenhouse emissions.

But not everyone is convinced it’s even the right problem to be solving in the first place.

Are cheeseburgers killing the planet?

In fact, government figures show a whopping 10 per cent of Australia’s total greenhouse emissions comes straight from the guts of Aussie livestock.

Not only that, but livestock emit methane, which CSIRO researchers say is up to 86 times more potent than CO2 in terms of global warming.

And some scientists believe the world’s rising meat consumption – if current growth rates are maintained – make it impossible to limit warming to two degrees above pre-industrial temperatures.

But Eve Faulkner from FutureFeed, the CSIRO spinoff with the international patent for one asparagopsis product, told The New Daily it’s not a “silver bullet”.

“The industry is already doing a lot of work to reach its carbon neutral, 2030 goals,” Ms Faulkner said.

“Emissions from livestock have remained a difficult piece of the puzzle to solve. And so asparagopsis is an amazing tool which can achieve over 80 per cent reductions, which is really significant.”

Ms Faulkner said FutureFeed has done commercial-scale testing to ensure asparagopsis can be used in feedlots today, but noted open grass-fed environments would prove much harder.

“There’s an industry-wide focus at the moment, supported by the federal government, to develop ways to consistently deliver the asparagopsis, and accurately account for the reductions of methane in these open grazing environments,” Ms Faulkner said.

Cows, sheep and other ruminant animals have multiple stomachs that allow them to digest fibrous foods such as grass.

The first of these stomachs is called the ‘rumen’, which acts as a fermentation vat that emits large amounts of methane gas as a byproduct.

The livestock then release that gas by burping and farting it into the atmosphere.

“While farts are more entertaining, it’s actually cow burps that contribute about 90-95 per cent while farting accounts for the remaining 5-10 per cent,” Ms Faulkner said.

The active ingredient in asparagopsis is an antimicrobial agent that stops the natural bacteria in the rumen from making methane, instead releasing the much less potent CO2.

“It only takes around five grams of seaweed per kilogram of dry matter intake to reduce emissions by over 80 per cent, so about a handful per head per day,” Ms Faulkner said.

But not everyone is excited by the idea of making cow burps more environmentally friendly.

Marine ecologist and seaweed farmer Dr Pia Winberg told The New Daily that asparagopsis is a ploy to greenwash the meat industry.

“It belongs in the category of blue hydrogen or clean coal,” Dr Winberg said.

“Does this reduce methane in a cattle gut? Yes. Is that gonna save the world? No.”

Dr Winberg believes the meat industry has been unfairly targeted with claims that methane from livestock is a significant contributor to climate change, because those emissions are merely part of the natural carbon cycle.

“The vegan agenda has sort of loaded the cattle industry with methane as a curse,” Dr Winberg said.

The real risk to the climate is from digging up carbon from the ground and releasing it into the atmosphere, she said.