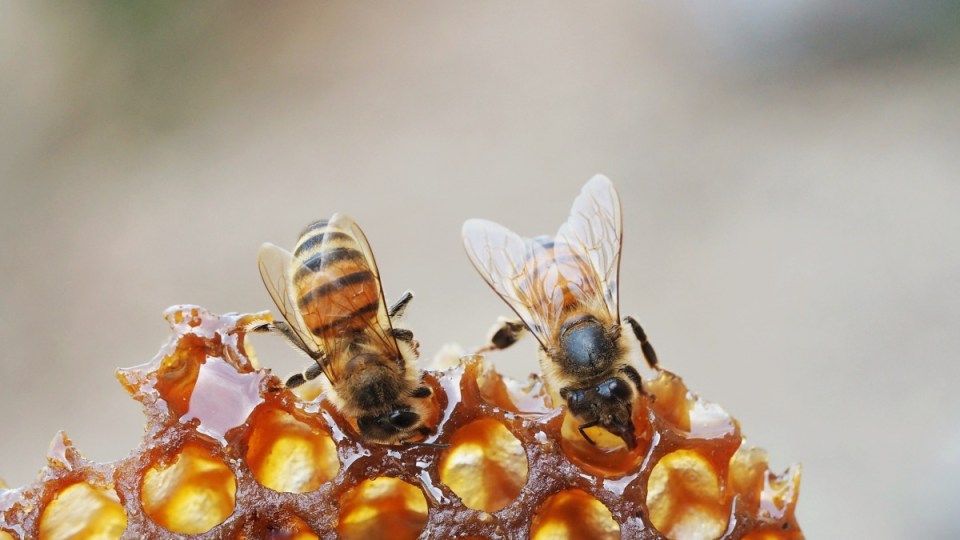 NSW beekeepers have been barred from moving or tending their hives after varroa mite was detected. Photo: Getty

About 600 beehives have been destroyed and eight properties infected as NSW attempts to stop the spread of the varroa mite, with authorities confident of containing the outbreak.

About 440 beekeepers are impacted while the eradication zone has been expanded to about 25 kilometres north of Newcastle where the mite, which is deadly to bees, was first detected.

NSW Agriculture Minister Dugald Saunders said he was optimistic the pest could still be eradicated.

“If the teams can get on top of things quite quickly, then the situation can be managed,” he said on Wednesday.

“It is not just an all-in-at-once destruction of hives. It’s very much working with the apiarist at the time to make sure they’re comfortable,” Mr Saunders said.

Cases were identified on Tuesday are at Newcastle and Seaham, prompting the expansion of the exclusion and eradication zones.

John Tracey, from the NSW Department of Primary Industries who is helping coordinate the emergency response, said the industry and community had provided excellent support.

“We’re confident that we’re going to achieve eradication, that’s the goal,” he said.

Beekeeper Ana Martin is still waiting to hear if her 40 hives at Bulahdelah will be destroyed, after the area was declared a biosecurity zone on Wednesday.

Ms Martin said she appreciated how hard the department was working to contain a developing situation, but still had many questions.

“No one has come to us and said we are about to euthanise your bees, so we don’t know exactly,” she said.

Ms Martin said it was not just the economic loss but the sadness of having to euthanise the bees.

“Between the drought, fires, floods and now varroa there seems to be a bit of bad luck for beekeepers lately,” she said.

Amateur Beekeepers Australia’s Sue Carney said some had been left frustrated because they wanted an immediate response “but they also understand that DPI officers are working hard to resolve the situation”.

She said dozens of beekeepers had contacted her organisation.

“It’s all so new, people are just trying to get their head around what they can and can’t do.”

Mr Saunders said the department was trying to get to people as quickly as possible and encouraged beekeepers with questions to get in touch.

Members of the Hunter Valley Amateur Beekeepers group will meet again with DPI representatives on Wednesday night, after meeting on Tuesday night.

Acting chief executive of the Australian Honey Bee Industry council Danny Le Feuvre said authorities were working to identify and destroy all of the hives within the 10-kilometre eradication zones.

Mr Le Feuvre said while Sunday’s emergency order was valid for six months and stopped people in NSW from moving their bees, he did not expect it to be in place that long.

“Even when that is lifted, hopefully within a week or two weeks, there will still be some restrictions in the Newcastle area,” he said.

“Whilst there’s a standstill, no one can move bees in the whole state, there are really big and significant fines in place, even jail time,” he said.

Urgent tests are also underway to determine whether the mites found in NSW have deformed wing virus.

The Commonwealth Scientific and Industrial Research Organisation’s expert on honeybee pathogens, John Roberts, said the mite and the virus often came together – and when they did, they were a dangerous duo.

The mites feed on the blood of adult and larval bees and over time can weaken and kill colonies.

If the mites have the virus they can pass it to bees while enjoying their blood meals.

Infected bees end up with deformed wings, abdomens and other problems.

“If it’s just the feeding damage, and not the virus damage as well, it’s much lower impact than in combination, when they are acting together,” Dr Roberts said.

“It will be important to keep monitoring [for the virus] at the same time as monitoring the mite, because it is as significant a threat as the mite.”