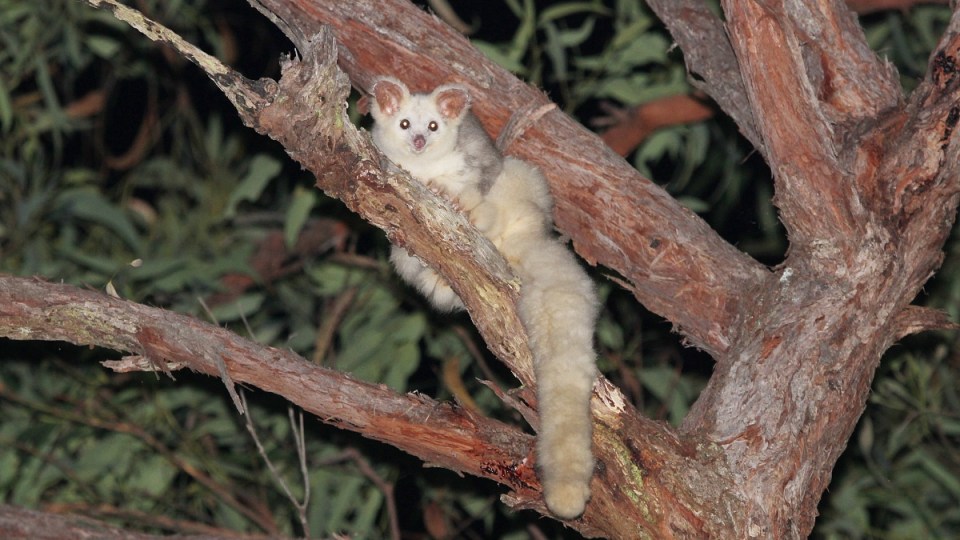 Greater gliders that lost their tree-trunk homes in the Black Summer fires have been given new high-tech digs with great insulation, top-notch security and killer views.

The world’s largest gliding marsupial was already considered vulnerable to extinction before ferocious bushfires wiped out almost a third of its habitat.

Experts quickly realised they were facing a housing crisis, with the flames destroying mature, hollow trees the gliders use for shelter.

Their minds turned to nesting boxes as a stop-gap measure. But standard models with their thin walls and lack of thermal protection were unsuitable for gliders, which won’t eat if they get too hot.

That’s a recipe for death within days because gliders have low fat stores and rely on low-calorie eucalypt leaves for both food and water.

“They are just like us. We don’t feel like a big meal when we’re hot and neither do they. But their food isn’t full of energy and fat,” says Dr Kara Youngentob from the Australian National University.

“They also get all of their water from their leaves. So when they’re not eating as much they get dehydrated.”

Hi-tech nest boxes have been mounted in fire-affected forests to offer shelter to greater gliders.

The marsupial species lost more than 30% of its habitat in the Black Summer bushfires.

Now, thanks to a three-way partnership, the humble nesting box has been given a hi-tech overhaul that draws on modern building standards.

The new and improved model has insulation, air gaps, and heat-reflective, fire-resistant coatings to create shelters that are not too hot, not too cold, but just right.

“We hope this project can help them persist while the forest recovers and get them moving back into areas that were burnt.”

Have you ever wondered what a greater glider looks like when it glides? 🤯

Unlike other gliders, the membrane in the greater glider only goes to the elbow. To glide they tuck their hands under their chin and push out their elbows! 🦅 pic.twitter.com/hW3a5r9oob

About 120 of the boxes have been installed in fire-affected forests in Tallaganda National Park, southeast of Canberra, and in state forest in NSW. Another 120 are have gone up near Bendoc in East Gippsland in Victoria.

It was no easy task. Specialist teams had to manoeuvre the 15kg boxes into place up to 30 metres above ground because greater gliders spend most of their time high up in the canopy.

ANU will monitor the success of the intervention.

“It will help us understand if expensive interventions like nest boxes are the best use of funding in our urgent mission to halt the decline of greater gliders,” Dr Youngentob said.

Greening Australia was also part of the project and provided the initial design for the new nesting boxes, which were then refined and rigorously tested in ANU’s labs before they were installed.

Tom Richardson: The lost art of patience and the joy of a mixtape
ASIC guide to counter ‘greenwashing’ investments
Today's Stories