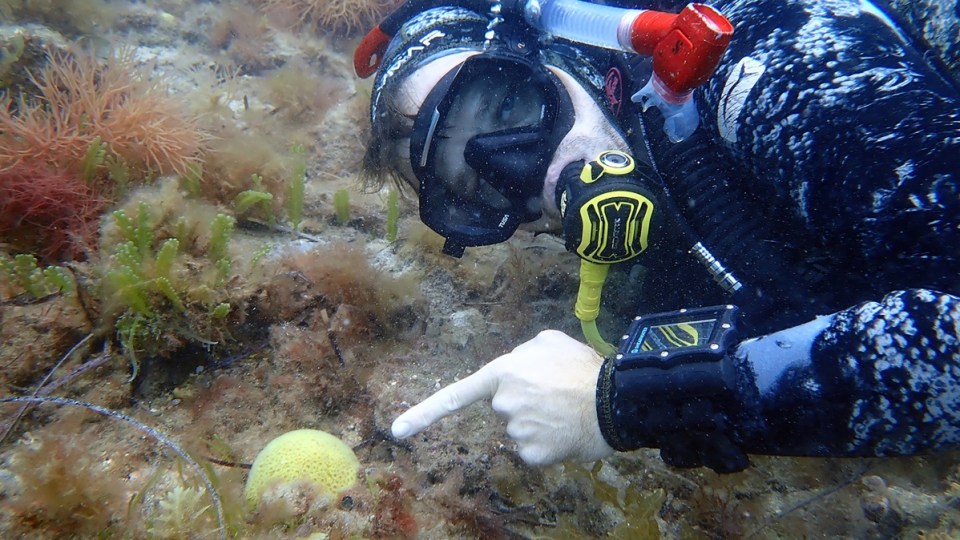 A coral so difficult to identify it is called a “cryptic species” has been rediscovered by tenacious researchers from a West Australian university after being lost for half a century.

Researchers from Curtin University studied old records and examined coral skeletons to determine the species was still alive in waters in Australia and the Indo-Pacific.

The bright, round coral, Plesiastrea peroni, was identified by scientists two centuries ago, but over time began to be classified together with the similar-looking, highly common coral Plesiastrea versipora species.

The two species are impossible to tell apart by sight, and both come in multiple colours including green, yellow, brown and cream, lead author of the new research paper and PhD student David Juszkiewicz said.

“If you looked at both species while scuba diving or snorkelling, you would not be able to tell them apart,” he said.

The two species can only be distinguished by genetics and their morphological micro skeletal features, and the work remains challenging for coral ecologists.

“This is why Plesiastrea peroni was hidden and we call this a cryptic species.”

🪸🌊 @CurtinUni researchers have resurrected a "lost" #coral species (Plesiastrea peroni) that had been hidden for more than 50 years! Lead author PhD candidate @DJJuszkiewicz explains how this important discovery was made.

He said the species had been resurrected after being hidden for more than half a century.

The researchers from the Coral Conservation and Research Group within the Trace and Environmental DNA Laboratory in Curtin’s School of Molecular and Life Sciences studied literature dating back 200 years, through to contemporary times, to understand the characteristics of Plesiastrea versipora – which was first described as one species in 1816.

They then collected samples around Australia and the Indo-Pacific, studying the coral skeletons to identify its unique features.

The species is found north of the Tropic of Capricorn in Australia and across the Indo-Pacific.

“With the ever-worsening impact of climate change on the marine environment, it has never been more important to understand coral species and where they occur,” he in a statement.

“We cannot protect species if we do not know about their existence or their present-day geographic range so this study is a step towards achieving this.”

One in 25 properties ‘uninsurable by 2030’
Today's Stories