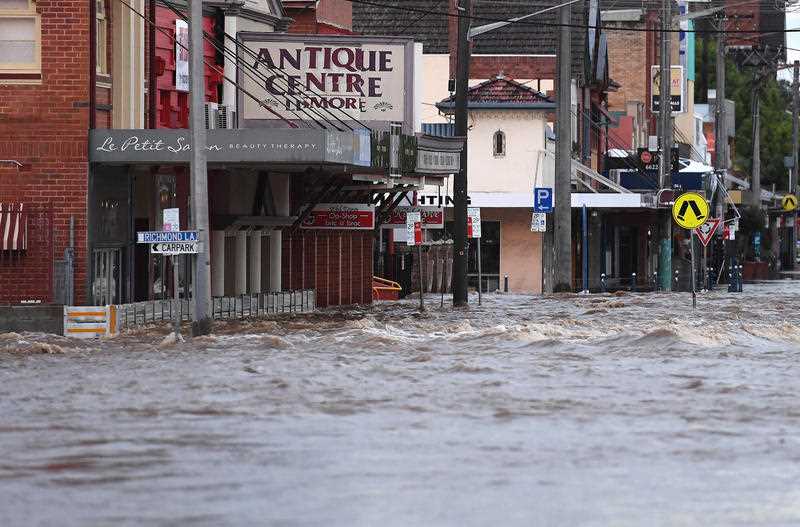 More than 500,000 properties could be uninsurable by the end of this decade due to climate change.

More than half a million properties across Australia will effectively become uninsurable this decade due to climate change, a new report has warned.

The Climate Council said the nation was in the grip of an escalating insurance crisis as the cost of cover became unattainable for properties most at risk of climate-fuelled disasters.

New modelling suggests that by 2030 – eight years from now – one in every 25 properties nationally could be without cover either because it might be refused or will be financially out of reach.

Queensland is expected to be the most uninsurable state, with 6.5 per cent of its properties exposed to that fate.

The analysis married data about damage from past disasters, including bushfires, flooding, coastal inundation and extreme wind with modelling on future climate impacts.

Riverine flooding was deemed to pose the biggest threat, nationally.

The report coincides with the release of a new digital map that allows users to enter their suburb, council area or electorate to understand local climate risks.

Users can see forecast impacts based on low, medium and high emissions scenarios in 2030, 2050 and 2100. Currently, the world is on a high-emissions pathway.

Economist and report author Nicki Hutley said the tool drove home the effects of climate change on a personal level while also illustrating how property risks dropped in line with stronger action to reduce emissions.

“Obviously, if you’ve been through the floods and fires, it’s a lot more real, but those of us who haven’t been directly exposed may think of climate change as a broader threat, rather than something that’s tangible to us.

“If people can see their homes are at risk of being uninsurable – even for people who now have insurance – it’s a really sharp message.”

Elly Bird is an independent on the Lismore City Council. Her days are still dominated by the enormous task of getting the northern NSW city back on its feet after its worst floods on record this year.

The riverine flooding came less than two years after a rain bomb – the kind scientists warn will become more frequent with climate change – sat over the city and flooded it in a different way.

She said the insurance crisis was already unfolding in Lismore.

“You can get it for floods, but it’s so expensive that it’s just not achievable.

“Someone the other day said they had the option to increase their premium to include floods but it was an extra $30,000 a year. That was for a residential policy and that person wasn’t even in the flood zone.”

Ms Bird said the temperature in her community, and others hit by climate fuelled disasters, was rising as the nation prepared to elect the next federal government.

“Communities feel abandoned and let down in the wake of multiple disasters where the government just seems to not get it right, and not respect and acknowledge the root cause of why these severe and traumatic experiences keep happening to us.”

The Insurance Council of Australia said no part of Australia was yet uninsurable but acknowledged cover could be costly in at-risk locations.

It said the next federal government, along with state and territory governments, must boost investment to make communities more resilient.