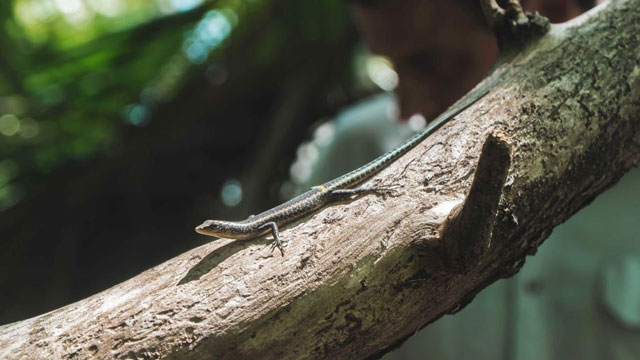 Researchers say 30 per cent of forest-dwelling reptiles are at risk of extinction from habitat loss. Photo: AAP

More than 20 per cent of reptile species around the world face extinction with the rate doubling in Australia over the last 25 years.

A Monash University-led study, published in the journal Nature, is the first comprehensive assessment of extinction risks for reptiles on the International Union for Conservation of Nature’s threatened species list.

“Australia is a global reptile hotspot, being home to around 10 per cent of the world’s species,” Monash University Professor David Chapple said.

“The vast majority of these species are endemic to Australia.

“The Global Reptile Assessment revealed that the plight of Australia’s reptiles has deteriorated over the past 25 years, with a doubling of the number of threatened species,” he said.

However, the research found that efforts to conserve threatened mammals, birds, and amphibians are more likely than expected to help many threatened reptiles stay alive.

The analysis also noted that 30 per cent of forest-dwelling reptiles are at risk of extinction from logging and agriculture, compared with 14 per cent of reptiles in arid habitats.

Amid net-zero infighting, Australia is on track for the world’s biggest increase in cyclone victims
Today's Stories

One in five reptiles face extinction