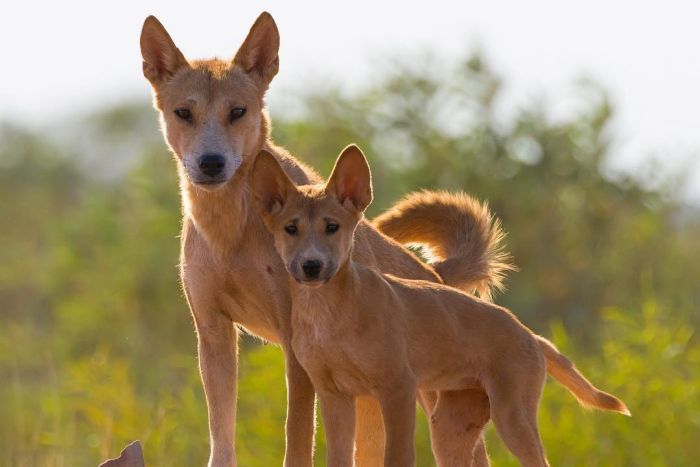 Dingo are unique say researchers who fear culling could harm other species.

Dingoes are genetically distinct from domestic dogs and may play different roles within the ecosystem, calling into question the wisdom of culling them, scientists say.

Specifically, they may have copped an unfair rap for attacks on livestock

The claims follow a five-year study of the full genetic sequence of a wild-born Australian desert dingo revealing its intermediate status between wolves and domestic canines.

While dogs are uniquely associated with human dispersal, dingoes are an intriguing case, being geographically isolated for thousands of years, says co-author Matt Field from Queensland’s James Cook University.

“We think dingoes arrived in Australia 5000 to 8500 years ago, whereas the first domestic dogs weren’t brought to Australia until 1788,” he said.

“With the expansion of settlement, domestic dog DNA has mixed with the dingo gene pool. To what extent is the question.”

Professor Field and La Trobe University colleague Professor Bill Ballard compared the genome of Sandy Malaki, a dingo pup found in central Australia, to that of a Greenland wolf, a German Shepherd, a Great Dane, a Labrador and the world’s oldest known dog breed, a Basenji.

“In contrast, artificial human selection has likely shaped the genomes of domestic breed dogs after divergence from the dingo.”

This reinforces the view the dingo genome is structurally and evolutionarily distinct from domestic dogs, which may translate into functional differences in the ecosystem.

As dingoes are Australia’s top order predator, they influence everything in their environment, Prof Ballard explains.

“If they aren’t given the protection they deserve, it will upset the country’s ecological balance, potentially leading to environmental issues like erosion and species extinction.”

He says one of the key differences between dingoes and dogs is the number of copies of the pancreatic amylase gene.

“A pure dingo has only one … whereas domestic dogs have multiple, which we show influences the gut microbiome and, we predict, affects what dingoes eat,” Prof Ballard says.

“Based on this new knowledge, we hypothesise dingoes are far less likely to eat farm animals, including sheep.”

If correct, the conclusion means what farmers usually assume are dingoes killing their stock are likely to be feral wild dogs.

Prof Field and Prof Ballard led the study but had 25 collaborators from four other countries.