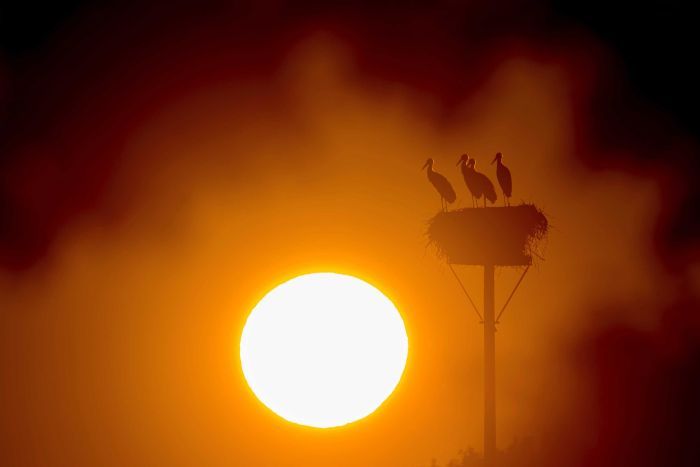 The summer of 2021 was the hottest Europe has experienced since records began.

The temperature was 1C above the 1991-2020 average, the Copernicus Climate Change Service said in its annual report, which also focused attention on wildfires that struck Greece, Turkey and Italy, and the devastating floods seen in western Europe.

The agency’s records go back to 1979, but it also uses records from ground stations, balloons, aircraft and satellites going back to 1950.

The climate researchers took a closer look at the flood disaster in mid-July 2021 in the German states of Rhineland-Palatinate and North Rhine Westphalia, which claimed the lives of more than 180 people.

Record rainfall was recorded on July 14, 2021, over Belgium and western Germany.

The disaster was able to develop in such a way because an unusually large amount of rain had already fallen in the previous weeks and the soil was no longer able to absorb sufficient water, the report said.

The report’s lead author, Freja Vamborg, said more such disasters are likely as the earth continues to heat up.

The Mediterranean region experienced an intense and prolonged heatwave in July and August, while temperature records were broken in Italy and Spain.

The proportion of climate-damaging gases in the earth’s atmosphere that are a key cause of global warming has increased again in the past year, particularly methane, according to the report.

Although methane remains in the atmosphere for a shorter period of time, it is even more harmful than carbon dioxide and is produced, for example, in agriculture, on landfills, and in the oil and gas industry.

Scientists agree the most catastrophic consequences of climate change can only be averted by limiting global warming to a maximum rise of 1.5C compared to pre-industrial times.

So far, climate protection efforts are still far from sufficient and UN studies suggest the world is on track to blow past the threshold unless far-reaching action is urgently taken.

Fires, floods and deaths: Europe’s 2021 summer was ‘hottest ever recorded’