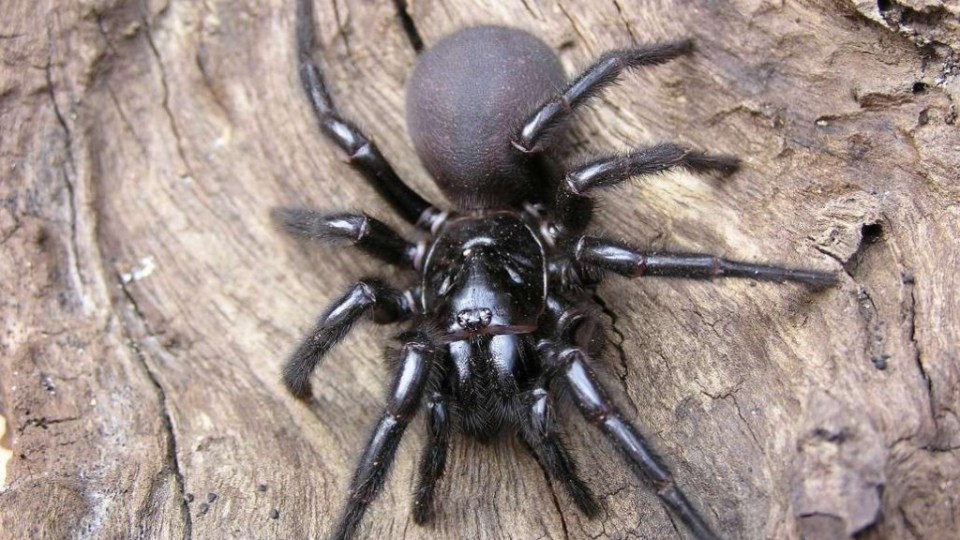 Funnelwebs are on the march after extreme weather drove many from their burrows.Photo:AAP

Along with floods and massive property damage, the extreme weather events that have pelted Australia’s east coast with waves of rain bombs have another nasty consequence: a plague of funnelweb spiders.

The lethal arachnids, amongst the world’s most deadly species, have been flushed from their burrows by the heavy rain, which oddly enough also inspires them to seek mating opportunities.

While there were 13 fatal funnel-web bites in Australia prior to the development of an antivenom for clinical use by medical researcher Dr Struan Sutherland in 1981, there have been none since.

And the staff at Australian Reptile Park north of Sydney are determined to keep it that way.

In fact head keeper Jake Meney has just beaten his own record for extracting venom from funnel-webs, which is then used to make lifesaving antivenom.

He was able to milk an average 0.35mg per spider or .03mg better than his previous best.

Although minuscule, the difference is enough to kill a room full of adult humans. It’s also why park management likes to think of Mr Meney as their friendly neighbourhood Spider-Man.

Milked to the last drop

He and his team work tirelessly to capture every drop possible, says director Tim Faulkner.

“We rely heavily on the public handing in funnel-web spiders and would not be able to help save lives if it weren’t for their generous donations,” he said.

“We are about to head into the off season but funnel-webs are still around due to the heavy rains.”

Australian Reptile Park is the only place in Australia that milks funnel-web venom.

It encourages adults to catch wandering funnel-webs safely and drop them directly to them or at participating locations around Sydney, the Central Coast or Newcastle.

The rest is up to Mr Meney and his team who, it seems, can’t resist trying to outdo one another when it comes to setting records.

“We do try to make a bit of a competitive game out of it,” he said.

“It makes us work a little harder to reach that goal and we’re so proud to say all the venom is going straight into saving the lives of the Australian public.”

Funnelweb alert as rain-soaked ground drives spiders from their holes