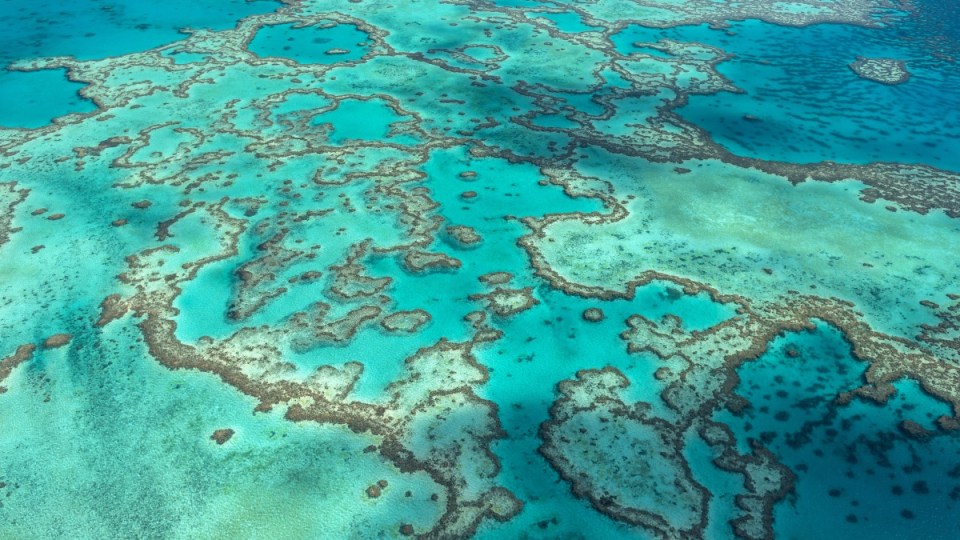 Flights over the length of the Great Barrier Reef have confirmed the worst – a bleaching event. Photo: AAP/GBRMPA

A United Nations mission has arrived to evaluate the federal government’s efforts to protect the Great Barrier Reef from climate change and other threats.

The mission will help determine if the natural wonder should be listed as a World Heritage site in danger and comes amid another significant coral bleaching event driven by warming seas.

Little is known about how visiting scientists will spend their time, with the government saying the World Heritage Centre and the International Union for Conservation of Nature have asked for privacy.

“A schedule has not been published for that reason,” a spokesman for federal Environment Minister Sussan Ley said.

But some conservation groups, even ones that will get to address the scientists, have raised concerns about access.

Richard Leck is head of oceans at WWF Australia and will be among those to brief the mission when it convenes in Brisbane on Tuesday.

He says WWF, along with the Australian Marine Conservation Society, had proposed a number of briefings with the experts focused on solutions to the primary threats of climate change, water pollution and unsustainable fishing.

In the end, non-government conservation groups have been given one shared hour on Tuesday to range over those broad, complex issues.

“Unfortunately the time we’ve been allocated to brief the mission is much less than we had requested,” Mr Leck said.

“But we hope that the mission will look to the written recommendations that we are providing and we expect this won’t be the only opportunity we have to engage with them.”

Mr Leck says he understands that consultation will be limited to members of four government-approved reef committees including the Reef 2050 Advisory Committee on which he sits.

Greenpeace says it has been shut out despite asking the environment department for details of the mission since December, and being assured that “civil society voices were important and would be included”.

“At this stage it’s very difficult to say if we will have any opportunity to engage with the mission because the itinerary for the mission has not been published,” campaigner Martin Zavan says.

“By closing off nearly all avenues for civil society and communities to engage with the mission, it looks like they are trying to very tightly manipulate who this monitoring mission can speak to, and what they will see.”

Ms Ley’s spokesman says the mission has a defined mandate and will have access to all parties relevant to its requirements.

He said the World Heritage Centre and the International Union for Conservation of Nature had agreed to the consultation arrangements.

“This is a largely scientific mission. It is not a lobbying mission,” a spokesperson said.

AAP has asked if access has been restricted to members of the four committees set up by the government.