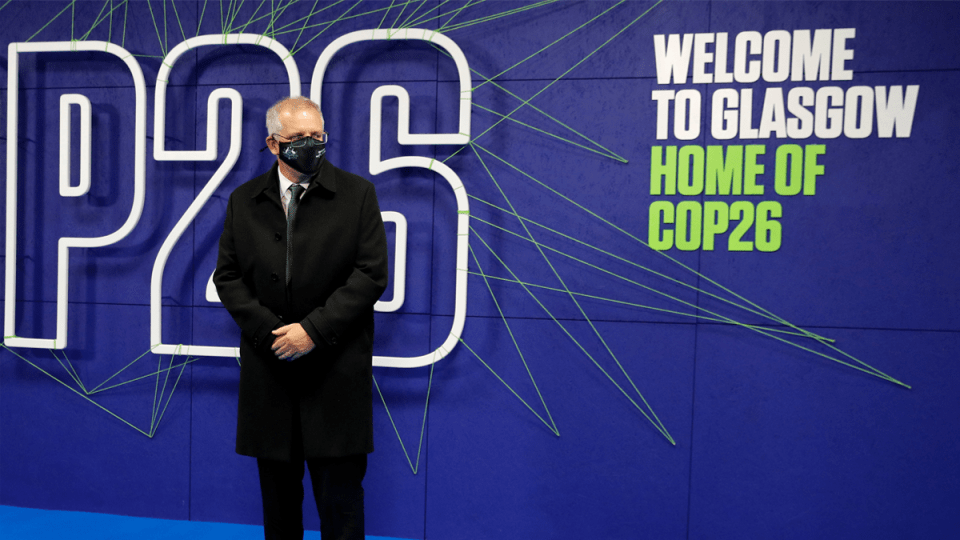 Australia has shown itself to be out of step with the rest of the world on climate change, after COP26 president Alok Sharma unveiled the summit’s draft agreement that calls on countries to “strengthen and revisit” their 2030 emissions reduction commitments.

As major countries build on their commitments from the 2015 Paris Accord, including with the landmark US-China agreement, Australia’s short-term goals remain the same.

“Australia has never been so alone,” said Professor Lesley Hughes, a founding member of the Climate Council, former federal climate commissioner and lead author of the IPCC’s fourth and fifth assessment reports.

“The federal government is now part of a tiny club of countries that is actively trying to water down the text requiring countries to strengthen the steps they are taking to avoid catastrophic climate damage,” Professor Hughes said.

Even before the draft agreement was announced, the US had pledged to halve emissions from 2005 levels by 2030.

Although China has only pledged for emissions to “peak” by 2030, its plan will nevertheless see carbon dioxide emissions per unit of GDP fall by over 65 per cent compared to 2005 levels.

India’s 2030 goals include reducing the carbon intensity of the economy by 45 per cent compared to 2005 levels and having renewables account for half of all energy output, which is expected to reduce emissions by one billion tonnes.

All of these policies could now become even stronger during negotiations.

Australia’s 2030 commitment, on the other hand, is to reduce emissions between 26 per cent and 28 per cent below 2005 levels.

This puts Australia alongside a small handful of countries that have not changed their 2030 goals since the Paris Accord, including Russia and Indonesia.

Australia reaffirmed its unchanged goal days before COP26 began, albeit with a new claim that the country would overshoot its target by 9 per cent.

“The Paris Agreement requires countries to increase their ambition with each update: Claiming that you will overachieve your target without actually committing to a stronger target does not cut it,” the Climate Action Tracker said in response.

Thursday’s draft agreement, which is calling for even stronger 2030 targets, will be negotiated by the almost 200 countries attending the summit.

According to Dr Rob Hales, director of the Griffith Centre for Sustainable Enterprise, Australia will push back during this process.

“Australia is working against the aims of COP26,” he said.

“It’s widely accepted that Australia has not brought new emissions reductions targets to COP26, but now Australia is reported to be lobbying to weaken draft texts at COP26 in Glasgow.”

Leaked documents obtained by BBC News showed that Australia, alongside Saudi Arabia and Japan, has already lobbied to downplay the need to move away from coal and other fossil fuels.

Regardless of the outcome, Australia is already starting from the back of the pack at a summit where targets are likely to be strengthened.

The draft COP26 agreement calls for stronger goals, but Australia is already lagging behind