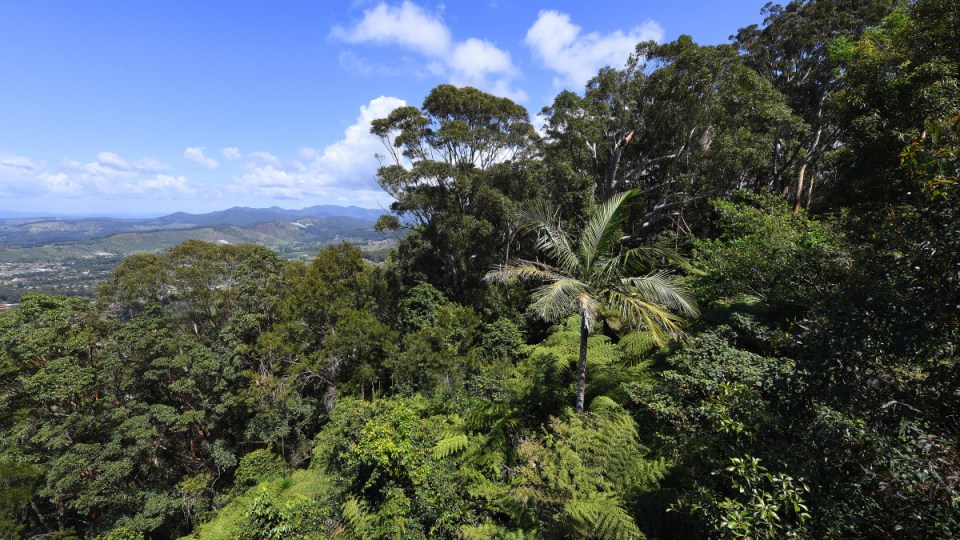 Australia has signed a global pact to address deforestation and land owners are keen for details. Photo: AAP

Conservation and farming groups are digesting the impact of a pledge by Australia to halt and reverse deforestation and land degradation by the end of the decade.

Australia is one of the 105 countries that has signed the declaration at the COP26 climate summit in Glasgow.

Underpinning the deal is an investment of $25 billion in public and private funds to protect and restore forests.

“We will have a chance to end humanity’s long history as nature’s conqueror, and instead become its custodian,” British Prime Minister Boris Johnson said of the pact.

A joint statement at COP26 was backed by leaders of countries,  including Brazil, Indonesia and the Democratic Republic of Congo, which collectively account for 85 per cent of the world’s forests.

Mark Howden from the ANU specialises in climate change, land use and agriculture and said the pledge “is a good aspirational goal” for Australia.

He told AAP while the pledge seems to be mostly directed towards developing countries it would still have implications for Australia.

Because the states and territories are responsible for land clearing management there is a question as to how the Commonwealth could implement the pledge, Professor Howden said.

“Queensland and NSW will be the ones where in particular there appears to be restlessness about land clearing restrictions,” he noted.

Queensland grazier Angus Emmott spoke to AAP from his property south-west of Longreach, where he has already adapted farming practices because of climate change.

The Farmers for Climate Action member said Australia becoming a signatory to the pledge is a positive move.

“There are people all over Australia in agriculture, already adapting and mitigating against climate change and doing whatever they can to make their farming operations more sustainable,” he said.

Mr Emmott said while he’s keen to see how the pledge will work in practice he supports it in theory.

“Deforestation across the world is a major issue that needs to be addressed,” he added.

“It’s part of the solution towards healthy ecosystems, towards sustainable agriculture, and towards acting on climate, it’s part of the big picture, but I have no idea how it will roll out.”

The grazier said Australian farmers are already changing the way they operate because climate change is “biting”.

“I support the sentiment, but actually knowing what is involved is hard to know at this point … we do need sustainable agriculture and that means we need to halt environmental degradation, and we need to look at tree cover, grass cover, we need to look at healthy soils.”

Travis Tobin is CEO of the peak body for cattle farmers and said he doesn’t expect the deal to have a huge impact on local production because tree cover in Australia’s beef country is increasing.

“The (Intergovernmental Panel on Climate Change) has ranked Australia highest amongst OECD countries with the largest net gain in forest area since 2010.”

Conservation group WWF Australia, which earlier this year declared eastern Australia as among the worst offenders in relation to global deforestation, has welcomed the pledge.

“It must be followed by rapid concerted action. We can’t afford to see the same weak progress that followed the 2014 New York Declaration on Forests,” CEO Dermot O’Gorman said.

“At least 370,000 hectares of forests and woodland were bulldozed across Australia in 2018. That is equivalent to 2913 times the area of Flemington Racecourse.

“Landholders must be supported in transitioning from bulldozing trees to conserving them so that food production can benefit from all that a forest provides,” he said.

“This would support the beef and farm sectors to become carbon neutral, remove deforestation from their global supply chains, and maintain trade access for their agricultural exports.”

Nathaniel Pelle from the Australian Conservation Foundation said the plan needs to be accompanied by regulatory change.

However Prime Minister Scott Morrison has previously told farmers there would be no mandates issued in relation to his government’s net-zero emissions plan.

“Reversing the damage to the land in Australia will require a complete reversal to the way the federal government presently funds and manages the environment,” Mr Pelle said.

He noted that a quarter of Australia’s greenhouse gas emissions come from land clearing.

The agreement vastly expands a similar commitment made by 40 countries as part of the 2014 New York Declaration of Forests and goes further than ever before in laying out the resources to reach that goal.

‘No idea how it will roll out’: Pledge to halt deforestation leaves conservation and farming groups with queries