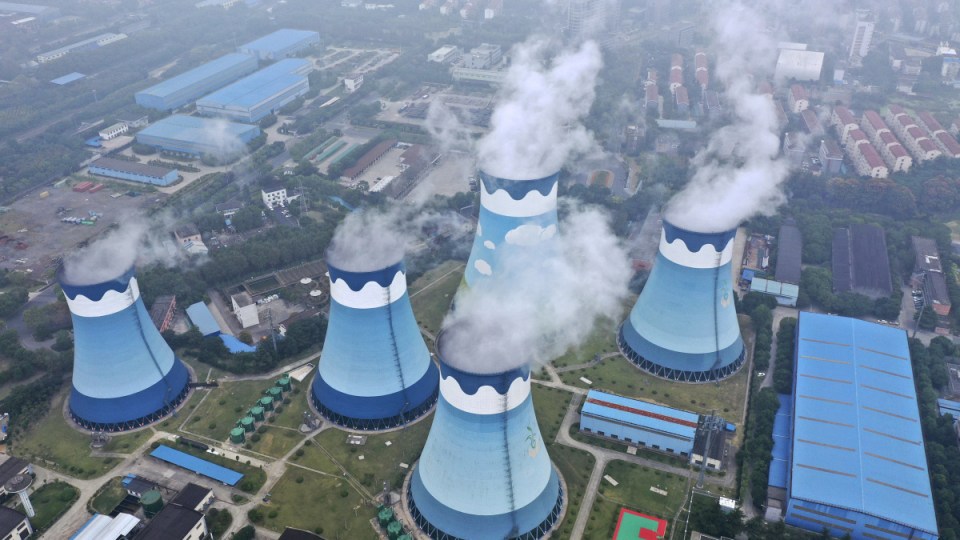 How much longer can the planet survive the impact of fossil fuels? Photo: AP

COP26 will be the “world’s moment of truth”, Boris Johnson said as he urged leaders to use the Glasgow summit to bring about an end to climate change.

With the United Nations summit due to get under way on Sunday, the British prime minister pressed fellow world leaders to seize the moment and deliver on the target of preventing global temperatures from rising by more than 1.5C above pre-industrial levels.

Downing Street says COP26 will be one of the biggest events the UK has hosted, with 25,000 delegates expected from 196 countries and the European Union.

Ministers, climate negotiators, civil society and business leaders are set to take part in talks and debates over the course of the two-week conference.

Johnson, who is due to fly from the G20 in Rome to Glasgow on Sunday evening, said: “COP26 will be the world’s moment of truth.

“The question everyone is asking is whether we seize this moment or let it slip away.

“I hope world leaders will hear them and come to Glasgow ready to answer them with decisive action.

“Together, we can mark the beginning of the end of climate change – and end the uncertainty once and for all.”

The COP26 summit aims to urge countries to advance their net-zero commitments to the middle of the century and reduce emissions rapidly over the next decade through commitments on phasing out coal, switching to electric cars and planting trees.

Developed nations are also being urged to stump up the finance – $US100 billion a year – needed by poorer nations to deal with climate change.

Downing Street said there was also a need to finalise the Paris Agreement at the event.

The prime minister hosts an opening ceremony attended by dignitaries including the Prince of Wales, before giving a speech on Monday.

Charles and David Attenborough, the COP26 People’s Advocate, will be among those to also address world leaders as British environmental advocates.

The Queen will address the delegates in a pre-recorded video after she was told by doctors to avoid the summit and rest following a hospital visit last week.

Sixty years after it first gazed at the skies, the Parkes dish is still making breakthroughs
Today's Stories