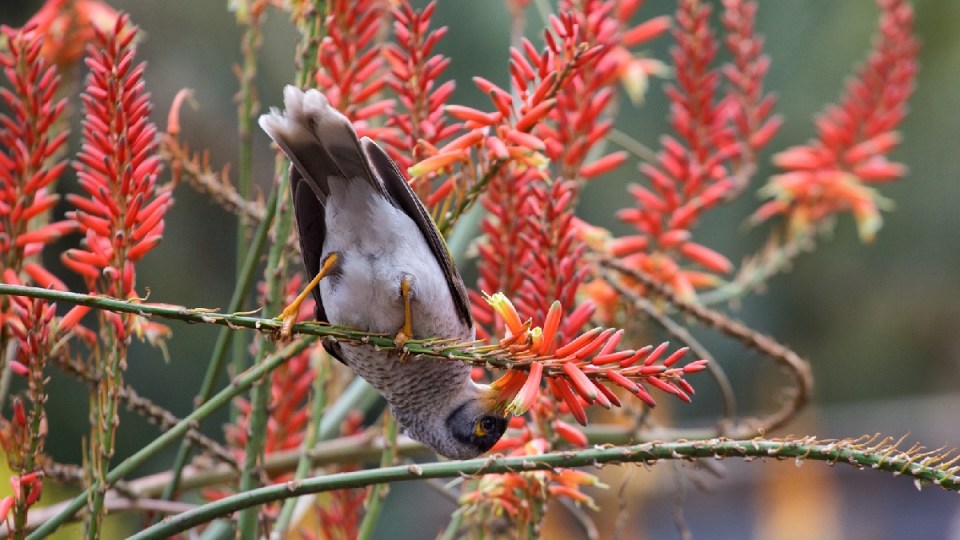 Culling noisy miners is touted as a way to deal with the problem, but given the birds are native, it’s a controversial proposition. Photo: Getty

Noisy miners are familiar to many of us on Australia’s east coast as plucky grey birds relentlessly harassing other birds, dive-bombing dogs and people – even expertly opening sugar packets at your cafe.

Noisy miners are native to Australia. Since colonisation their populations have boomed, and they’re now so abundant they pose a threat to other native birds in our cities, farmland and bush, such as robins, thornbills and other honeyeaters.

Culling noisy miners is often touted as a way to deal with the problem, but given the birds are native, it’s a controversial proposition.

And so far, attempts to remove noisy miners have had mixed success.

To help land managers assess whether culls are likely to be effective and justified, our new research sought to understand how, and in what situations, culling helps small birds, such as the iconic superb fairy-wren, return to a site.

But what we found was unexpected, and counter-intuitive.

Our results showed small birds do usually benefit from removing miners, even though neighbouring miners usually recolonise the area.

Human activity has caused many Australian species to decline dramatically, and 100 species have been listed as extinct since European colonisation.

But for a very small number of species, these changes to the landscape have been beneficial. The noisy miner is one of them.

These native honeyeaters are common in dry woodland and forests, and adapt to the gardens in the cities and suburbs of eastern Australia extremely well.

They thrive in habitats that are open with limited understorey, and along the edges of bigger woodland or forest patches.

As humans have altered the landscape – clearing treed landscapes, dividing it up, changing fire patterns, and grazing livestock – we have unintentionally created more and more of the noisy miners’ favourite type of habitat.

Noisy miners live in colonies as large as several hundred birds, and ferociously defend their territories, chasing and attacking intruders, no matter the species.

This aggression is so extreme, they’re one of the main contributors to the decline of dozens of native bird species of eastern Australia’s woodlands, such as regent honeyeaters, varied sittellas and diamond firetails.

They’re recognised as a key threatening process under national and state environmental law.

This has had severe consequences for other Australian birds attempting to persist in such a human-altered landscape, especially birds smaller than the noisy miner. This includes a wealth of endangered birds such as brown treecreepers, speckled warblers, hooded robins and jacky winters.

In fact, research from 2012 found the density of noisy miners in an area consistently determines which bird species, and how many individuals of those species, are found there.

What can we do to manage this threat?

The threat noisy miners pose to other Australian bird life is one of our own making. It will require a commitment to multiple strategies to address it.

Planting shrubs and trees in the degraded areas that noisy miners favour is important, but it can take a long time to work, and it can be very costly.

Relocating noisy miners has also been tried, but researchers have found this is ineffective. The birds either return, are aggressively harassed by other miners in their new location, or both.

So, lethal control has been trialled as a potential alternative.

Over the past three decades, scientists and land managers have removed noisy miners under permit in woodland areas, often to protect critically endangered species such as the regent honeyeater.

But results have been mixed

We looked at 45 instances of lethal control of noisy miners.

In some cases, culling caused substantial reductions in the number of miners in an area, and the number of small birds increased. In others, neighbouring noisy miners rapidly recolonised the area.

For example, a 2018 study culled more than 3000 noisy miners. And yet, researchers found the culls led to no significant reduction in the number of miners at the site, as neighbouring miners rapidly recolonised the site.

Another series of noisy miner culls were conducted specifically to relieve pressure to critically endangered regent honeyeaters during their breeding season. These culls were reported as successful, and saw the broader community of songbirds increase.

To confuse things further still, even when removals were reported as “unsuccessful” in their attempts to reduce noisy miner numbers at a site, our researched revealed that the number of small birds almost always increased substantially.

This might be because the removal disrupts the social structure of the colony, causing the miners to focus on reasserting social roles rather than chasing other species. We’re not yet sure how long this relatively peaceful period lasts.

So what’s behind these counter-intuitive results?

Frustratingly, there were no definitive environmental factors or methods that were more likely to result in significantly reduced noisy miner numbers, or significantly increased numbers of small birds across all the studies we looked at.

To work out what gives a removal the best chance of success, we need to collect more data and ensure all future attempts are monitored over time so we can see how long the benefits last.

Until we know more about why and when removals work, we’re limited in knowing when they should be recommended.

What if you have noisy miners on your property?

We know noisy miners like open, grassy areas beneath eucalypts – think golf courses. So planting more shrubs and bushes to increase the complexity and diversity of native plants in your yard may help deter them, while providing new habitat for smaller birds to hide in.

Noisy miners are attracted to a variety of nectar sources too, so limit nectar-heavy species such as eucalypts and grevilleas – beautiful as they are.

Culling native species for conservation needs to be well justified – and legal.

Leave lethal control to trained experts with permits; do not attempt such direct control yourself, no matter how big of a nuisance they might be.

Should we cull noisy miners? After decades of research, they’re still outsmarting us