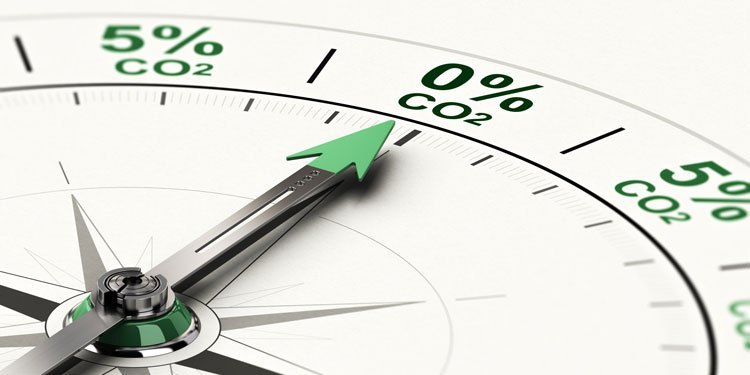 The European Union is using its heft as the wealthy trade bloc of half a billion consumers to set the global pace of climate change action, challenging others to match the ambitions of its latest carbon cutting plans.

The question now is whether the EU gambit becomes an established benchmark upon which investors and sectors like the automobile industry set transition strategies and how big emitters like the United States and China respond ahead of UN climate talks later this year.

“Amongst G7 and G20 nations, the EU position is now the explicit global benchmark,” said Julian Poulter, Head of Investor Relations at Inevitable Policy Response, a consultancy on environmental economics.

“It will exert a new influence on that basis, in other industrialised nations and their financial sectors and increase pressure on those nations that remain as climate outliers and spoilers,” he added.

In its most ambitious bid yet to hit a goal of cutting net greenhouse gas emissions by 55 per cent from 1990 levels by 2030, the EU on Wednesday laid out proposals that would consign the internal combustion engine to history and raise the cost of emitting carbon for heating, transport and factories.

A proposed carbon border levy would seek to impose on trading partners a carbon price reflecting the level set by the EU’s carbon emissions market, the largest of its kind in the world.

Paolo Gentiloni, the European Commissioner for economic matters, said a 10-year transition from 2026 for the carbon levy on goods such as steel, fertiliser and cement, would give others time to adapt.

“At the same time we cannot wait for a quite difficult global carbon pricing system to take place because we know, knowing our partners, that this discussion will take years and years,” he told reporters, acknowledging there was globally “a lot of attention, curiosity and concern” about the plan.

While there has been no reaction from Beijing yet, researchers at Tsinghua University already concluded in a paper in May that the impact would fade over time and there was no evidence the levy would have a long-term adverse impact on China’s development.

With aluminium, cement, electricity, fertiliser, iron and steel the initial products targeted, it could have more impact on smaller economies such as Russia and Turkey. Moscow estimates $US7.6 billion of its goods could be subject to the EU levy.

Australia says it smacks of protectionism. The levy could trigger a World Trade Organisation challenge, although the EU executive says it is legally sound.

Voter surveys across Europe show that climate change is a growing preoccupation among many of its citizens.

Although it accounts for just 8 per cent of the world’s greenhouse gas emissions itself, the EU hopes it can use its clout as the world’s biggest consumer market to set the climate agenda as it has done in fields ranging from food labels to labour standards.

Andre Sapir, senior fellow at Brussels-based Bruegel think tank, described it as the starting point for discussions with other trading powers with some compromise inevitably required.

“Just saying ‘take it or leave it’ is not going to work,” he said. “It’s also an experiment and we have to see how it goes.”

Ultimately the response of the United States, the world’s largest economy and leading oil producer, will be critical – and unpredictable given its sharply polarised domestic politics on tackling climate change.

Morgan Bazilian, director of Colorado-based Payne Institute for Public Policy, said Washington was much more likely to be a partner now than in the Trump era, but was still “pretty far from being fully on board.”

US Treasury Secretary Janet Yellen told Reuters on Tuesday that carbon-pricing schemes were an efficient way to address emission reductions, but should take into account emission-cutting progress made in other ways.

“There’s some degree of engagement between the EU and the US on carbon pricing, but it’s not clear the direction of travel,” said Thijs Vandenbussche, climate policy analyst at think tank the European Policy Centre.

Time may prove the decisive factor, along with the fact that the United States exports very little of the initial products subject to the levy.

The proposals announced on Wednesday will face years of debate among the bloc’s 27 nations and lobbying by industrial interests, but the EU has a track record in pushing forward the world’s uneven responses to a gathering climate crisis.

Since the landmark 2015 Paris Agreement on emissions cuts, Europe was the first continent to declare a goal of being carbon neutral by 2050, prompting others to follow suit.

It is too early to assess whether Europe has nudged the global effort against climate change one step further forward, but at least several of its own major industrial companies were quick to give it support on Wednesday.

Chinese-owned Swedish carmaker Volvo, which in March declared its lineup would be fully electric by 2030, said the package provided “a pathway towards an electric future and sufficient time to phase out technology of the past.”