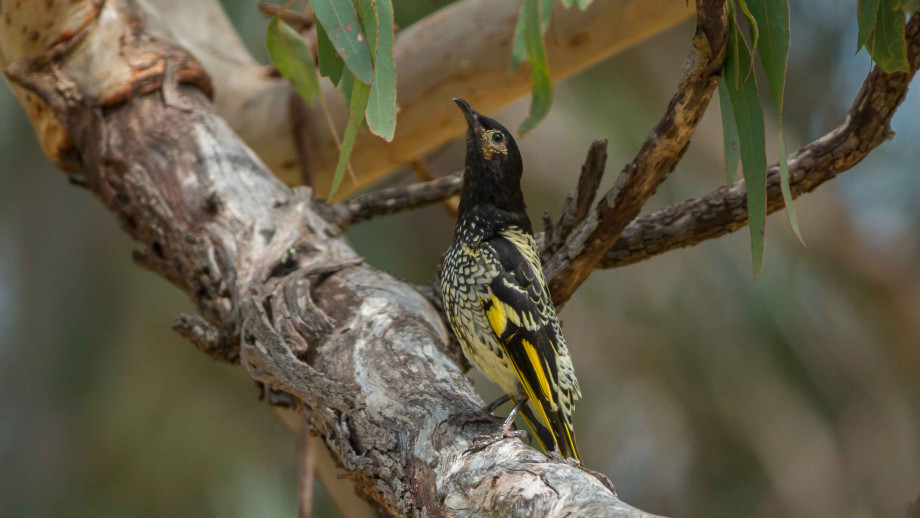 The fate of Australia’s critically endangered regent honeyeater might hinge on how many young birds learn the specie’s particular love song – and the other melodies that have been handed down from generation to generation.

Australian National University (ANU) research has found that the regent honeyeater – with an estimated 200 to 400 remaining in the wild – is losing its ‘song culture’ by which it communicates.

Those few hundred birds are contained to territories spread over an area of southeastern Australia “that is larger than the United Kingdom”.

This means that some to many of these birds on the brink never meet.

If young male birds don’t meet older males, then they have no one to teach them the songs they need for maintaining a territory or courtship.

If there’s no successful courtship, there’s no new generation of honeyeaters.

And that’s the threat revealed in the study

The ANU researchers tracked down more than 100 male honeyeaters – using data from a monitoring program and sightings reported by members of the public.

The researchers recorded the birds’ songs in the field, and then compared them with historical recordings.

They found that in places that supported a relatively healthy number of regent honeyeaters “males sang rich and complex songs”.

But in places where the birds were rare, males sang “simplified or ‘totally incorrect’ songs.

Dr Ross Crates is a member of the Difficult Bird Research Group at ANU, and a co-author of the study. In a prepared statement he said:

“Loss of song culture is a major warning sign the regent honeyeater is on the brink of extinction and we still have a lot to learn about how to help them.”

But hang on. Why don’t their fathers each them?

Regent honeyeaters leave the nest at around 16 days. But it’s thought they don’t begin to learn until they’re a month old. By then, they’ve left their parents behind.

Regent honeyeaters, like many songbird species, have a limited song-learning time, such that once they’re a certain age they can’t learn new songs.

In an email answering questions, Dr Crates said: “The best evidence we have is that regent honeyeater’s songs are fixed by the time they are about a year old.”

So what to do? There is a captive breeding program, but these birds were found to be singing songs different to those sung in the wild – which won’t help boost the population.

“The unusual songs of captive-bred birds could reduce their attractiveness to wild birds when they are eventually released,” Dr Crates said.

“So we’ve devised a new strategy to teach young captive regent honeyeaters to sing the same song as the wild birds by playing them audio recordings.”

He said: “We should know if it has worked in about 5 months.”

As for that almost lost love song: the lyric’s aren’t much, but the melody is to die for.

First the love song, then the species: How an Australian bird might be lost