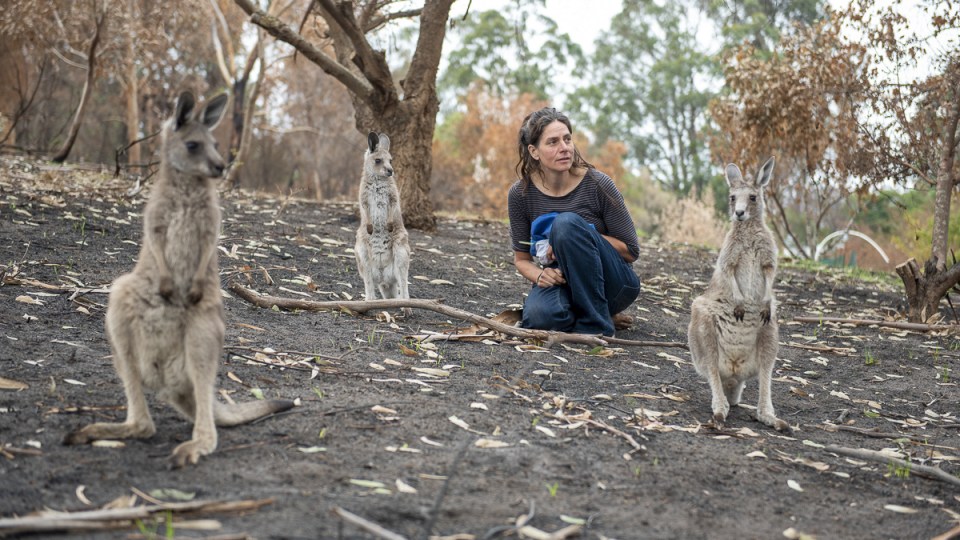 Pensioners and retired Australians are forking out tens of thousands of dollars every year, withdrawing money from their superannuation and picking up side jobs to help care for wildlife injured in everything from motor vehicle collisions to bushfires.

After nearly three billion animals were killed or displaced in Australia in “one of the worst wildlife disasters in modern history”, the time-consuming, expensive, physically demanding and emotionally taxing job of rescuing and rehabilitating injured wildlife is arguably more crucial than ever if endangered and threatened species are to be saved from extinction.

But wildlife carers are financially-strapped and aren’t being paid a wage for the work they do.

It’s up to everyday Australians to voluntarily put their hand up to be part of the rescue and recovery response to bring back injured wildlife – stranded on the side of the road or in the middle of the bush – from the brink of death.

Often they end up having to go above and beyond what’s required of a regular nine-to-five job, with little to no financial assistance from the government at both a state and federal level.

The lack of support meant some wildlife carers still recovering from the devastation caused by the Black Summer bushfires were ill-prepared for another potential fire emergency this past summer.

So why do they do it? For Steve Garlick, it’s about more than just his love for animals.

“I owe these animals a huge amount,” Professor Garlick said.

The part-time University of Technology Sydney academic, who specialises in animal ethics and wildlife behaviour, explained that some years ago, he and his family were involved in a fatal motor vehicle collision.

His wife and son were killed and his other son spent many weeks in an induced coma. Professor Garlick said he was also in hospital for many weeks with a cervical spine injury.

“Getting involved with these animals subsequently has been a huge, huge benefit, during a difficult period and it’s just grown over the years,” he said.

They wake up at 6:30am every day and usually don’t get to bed before 3am or 4am.

“We’re getting by on three to four hours [of sleep] every single day,” Professor Garlick said.

Caring for injured wildlife constitutes “more than a full-time job” but “we’ve had absolutely no assistance whatsoever from any level of government”, he said.

He isn’t letting the lack of support or assistance deter him from persisting with the job. It’s to the point where he says there will be no retirement.

Professor Garlick has taken time off work and his wife has reduced her hours by more than half to be able to deal with all the cases that come in.

We rely basically on our savings and her income to pay for what we do,” Professor Garlick said.

But the bills are still racking up.

The couple spends more than $80,000 a year rehabilitating Australia’s wildlife, and in the 20 years that he’s been doing this, Professor Garlick estimates to have spent more than $1.5 million.

They recently established a wildlife hospital and increased the number of enclosures at their 40-acre property.

“We had reached a situation where we decided that we either had to get bigger and better or get out because it was becoming crunch time financially,” Professor Garlick said.

The couple is one of many wildlife carers that Dr Alli Cairns, from the Animal Rescue Cooperative, sees struggling on a day-to-day basis.

She said carers are overworked, overtired and overstretched, making it very difficult for them to be able to prepare for emergencies.

“They don’t recognise how extreme the level of dedication is, how much is being asked of them because it’s normal for them,” Dr Cairns said.

We need to recognise this huge, unpaid workforce. They’re protecting and saving our wildlife every day with very little thanks and very little out of it except for their own kind of gratification of a job well done.”

Bill Waterhouse and his wife, Lesley, are both on pensions and have been investing every spare dollar into their Majors Creek Wombat Refuge in Victoria.

Still without enough money to continue caring for everything from wombats to kangaroo joeys, Mr Waterhouse had to go back to working three days a week as a high school tutor to help pay for the refuge.

Even with the money from his job, the former regional consultant for the Department of Education did not have the wherewithal to prepare his property against the threat of bushfires.

“We’re so busy, we don’t have time to sit down and write out grant applications,” Mr Waterhouse said.

To top it off, Mr Waterhouse was sick with shingles from late January to August in 2019 – a “debilitating” factor that has meant he had to turn down many inquiries from backpackers looking for work.

Retired manufacturing jeweller Jude Lennox, from Tasmania,  is a registered carer with Victoria’s Department of Environment, Land, Water and Planning, which phones her when wild animals need care.

The 74-year-old said she gets most requests from the department, which does not pay nor provide her with any financial assistance to look after the injured animals.

“There’s no such thing as a month or two off, it’s just constant.

“If I’ve got some little critters inside that are able to be moved into the outside enclosures, the house is filled up again in no time.”

Ms Lennox, who has been caring for wildlife for 35 years, would prefer not to think about how much of her superannuation and age pension she has to spend on the animals, from vet bills to buying them feed.

You just do it and get on with it. As tiring as it is, I wouldn’t have my life any other way.”

Field ecologist Rena Gaborov and her partner, Joseph Henderson, from Goongerah in far East Gippsland, go through a $590 bag of kangaroo milk every 40 days, despite being strapped for cash after losing their home and Wallabia Wildlife Shelter in a bushfire in 2019.

Because the animals require constant care, Ms Gaborov said it has not been possible for the couple to work full time and now, with rebuilding after the fire, work hours have had to be cut even more.

“We’ve always got animals to feed and so we can’t actually leave.”

A small bird, for example, that she reunited with its parents had to be fed every 20 minutes during the day.

“You do give up a lot to be able to do it so it does make you financially poor,” Ms Gaborov said.

“I just think the government seems to have a lot of money that they often spend on really, seemingly not so important things. I don’t see why they couldn’t support wildlife carers more.

“It would be good to get a tax break or something.”

‘It’s a 24/7 job with no pay’: The reality of being a wildlife carer in Australia