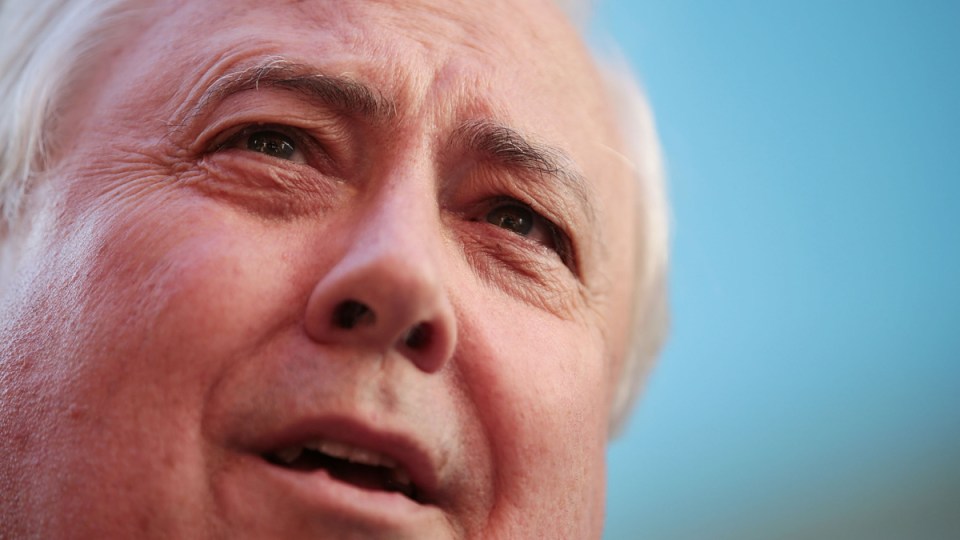 An environmental group is taking legal action to block the approval of a coal mine being pursued by one of Clive Palmer's companies. Photo: AAP

A group of young Queenslanders are challenging one of billionaire Clive Palmer’s companies to try to block a proposed Galilee Basin coal project on the grounds that it is a human rights violation.

The environment group says allowing the project to go ahead would infringe its rights because it will contribute to a global climate crisis.

“We deserve a safe future but Clive Palmer’s coal mine puts that at risk.”

⁦@EDOLawyers⁩ excited & proud to be the lawyers for ⁦@youthverdict⁩ in their groundbreaking legal challenge to Clive Palmer’s Galilee Coal Project on human rights grounds.
⁦@ColumbiaClimate⁩

Waratah Coal claims to be the largest tenement holder in the Galilee Basin. It has more than 10,000 square kilometres of tenements, including 15 coal exploration permits, one mineral development licence and two mining lease applications.

Youth Verdict is joining forces with the Bimblebox Alliance, which has been pursuing legal action in the Queensland Land Court.

The alliance said the mining project was a threat to the Bimblebox Nature Refuge, an almost 8000 hectare and largely uncleared property that balances sustainable grazing and high conservation.

Objections to the granting of approval for a mining lease and environmental authority applications is being brought by the Environmental Defenders Office.

It said the mining project and its operations would cause significant adverse environmental, social and economic impacts if it went ahead.

“Our clients are using the Queensland Human Rights Act, exactly as it was intended to be used, to allow Queenslanders to stand up for their human rights,” Environmental Defenders Office chief executive David Morris said.

“They have the right to a safe and healthy future and to be able to make genuine choices about their lives.