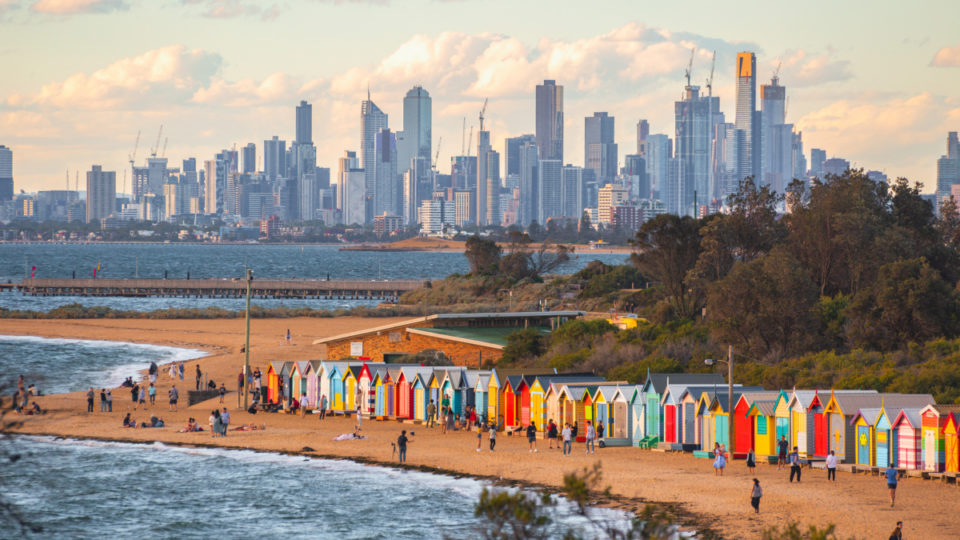 Melbourne is predicted to experience a massive increase in "water stress" in the next 20 years. Photo: Getty

In a few short decades Melbourne could go from being the world’s most liveable city to one of its most thirsty.

The Victorian capital is rated fifth among 85 popular metropolises forecast to be worst affected by climate change over the next three decades, according to Nestpick’s 2050 climate change city index.

Sydney (66) and Perth (56) also make the list of cities that will be affected by temperature changes, water shortages and rising sea levels over the next 30 years.

Climate change around the world

Melbourne is predicted to experience the greatest increase in “water stress” increase in coming decades, with demand for water forecast to double the available supply by 2040.

Bangkok, Thailand is forecast to experience the greatest climate change by 2050, with the highest risk of flooding from rising sea levels and a temperature increase of 1.67​ degrees.

Nairobi is predicted to experience a 2.31​-degree temperature increase, and see its climate type drastically shift from a temperate and humid warm summer to a tropical savanna wet summer.

Australia’s unprecedented 2019-2020 bushfire season has placed the nation at the coalface of climate change.

Australia’s climate has already warmed by 1.1 degrees since 1910, CSIRO figures show, and scientists have warned the effects of climate change will become catastrophic if drastic action is not taken to stop the globe warming past 2 degrees in coming decades.

As the nation enters a sixth consecutive month of raging bushfires, many people are growing increasingly concerned about the escalating impact of climate change on our environment and the way we live.

For demographics such as millennials and generation Z, who will grow into adulthood and middle and old age in a world shaped by climate change, weather patterns will likely be a deciding factor for where they ultimately choose to settle.

The climate change city index was conducted by Berlin-based apartment rentals platform Nestpick to “help those looking to relocate to make informed decisions about how climate change may impact their chosen city” and add to the “growing debate about how the correct legislation and safeguarding procedures can be put in place to ensure the longevity and liveability of these cities”.

The research assumes that a ‘business as usual’ approach to climate change continues, and does not take into account countermeasures to mitigate the effects of climate changes.

The results do not illustrate the worst-case scenario, nor the best case scenario, but “a realistic middle point”, Nestpick founder Ömer Kücükdere said.

He called on governments, local administrators and corporations to “start dealing with the uncomfortable reality of the climate emergency”.

“Governments need to be aware of potential changes coming so that they can mitigate damage,” Mr Kücükdere said.

He pointed to the 2008 Garnaut Climate Change Review, which examined the scientific evidence around the impacts of climate change and predicted that without adequate action, the nation would face a more frequent and intense fire season by 2020.

“Consider Australia’s ongoing wildfire crisis – a 2008 report commissioned by the Australian government warned that this was an inevitability and yet those in power continue to dispute the effects of climate change.”

Climate change cities index: Melbourne predicted to be among worst affected by 2050